Smith makes history in US

John-Patrick Smith became Tennessee’s first four-time ITA All-American, but his career accomplishment is truly something for the national record book. 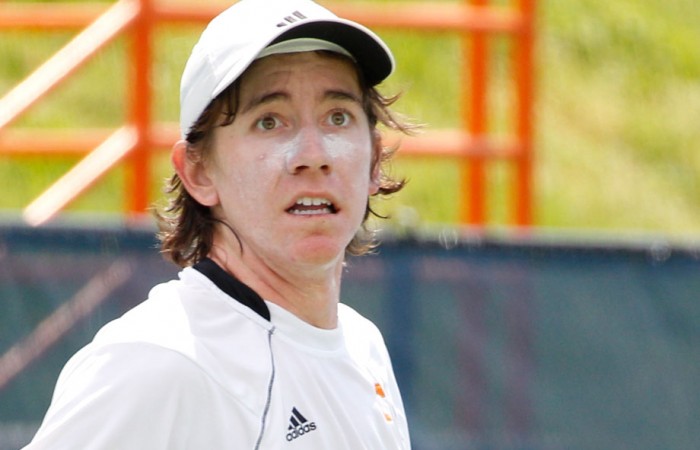 John-Patrick Smith became Tennessee’s first four-time ITA All-American, but his career accomplishment is truly something for the national record book.

Smith joined extremely rare company as just the second player in college tennis history to become a four-time All-American in both singles and doubles.

Rick Leach was the only other player to earn singles and doubles accolades every season of his career, doing so for Southern California from 1984-87. That’s not a bad name association for Smith, considering Leach eventually earned the world No. 1 ranking in doubles.

The ITA released its final individual rankings Wednesday, and Smith wrapped up his Tennessee career ranked 10th in singles and first in doubles with fellow senior Boris Conkic. By virtue of finishing the year No. 1 in the rankings, Smith and Conkic earned ITA Doubles Team of the Year honors.

In a season in which two Vols held the No. 1 singles ranking and Tennessee had a pair representatives in the semifinals of the NCAA Singles Championships, it is not surprising the 2011 Tennessee squad accomplished this program first: four Vols earned All-America honors, the most in a year in team history.

Smith was joined on the ITA All-America team by Conkic in doubles and sophomores Rhyne Williams and Tennys Sandgren in singles.

Smith finished his senior year with 42 wins, surpassing his career-best of 41 victories as a junior. His final ranking of 10th signaled his return to the national top 10 for the first time since the preseason rankings in September when he was ranked No. 1.