I have just finished playing my match in the Longines Future Tennis Aces Tournament in Paris. 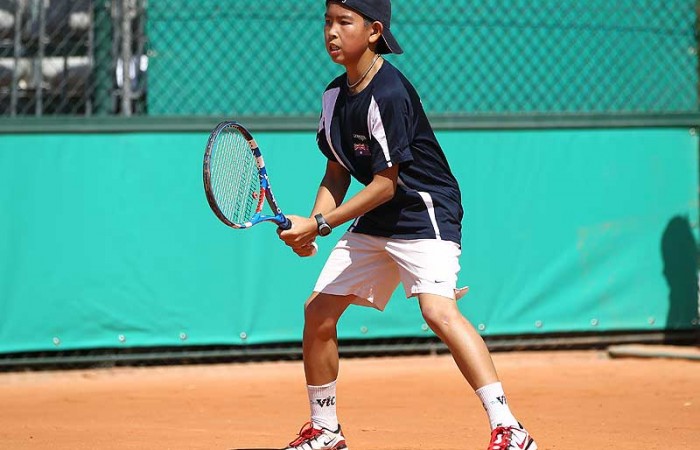 I have just finished playing my match in the Longines Future Tennis Aces Tournament in Paris.

Longines organised the challenge, which included 16 boys from all over the world.

I was chosen by Tennis Australia to represent OZ.

I am exhausted. My game went for 40 minutes so there were a lot of very long rallies. My coach says I played the deep ball well, opened the court with great use of angles and competed hard.

I think I played pretty good. I started off strong against the French boy, Julien Tremblais, but I ended up losing 4-2, 4-1.

I am disappointed with the results but it has been a great experience for me just being here on the courts and among the surroundings of a grand slam tournament.  The only players around the courts are the top 4 men in the world, the best women, elite juniors and some of our past champions. So I have spotted a few famous faces including my tennis idol Rafael Nadal!

I know I will look back on this experience and use all of the things I have learned when I come back to play in the future.

I am now packing my bags to go on a four-week tour through Italy with three other boys and four girls.

We are hoping to learn more about playing on European clay because it’s the best surface for young athletes like myself and I hope to really improve my game.