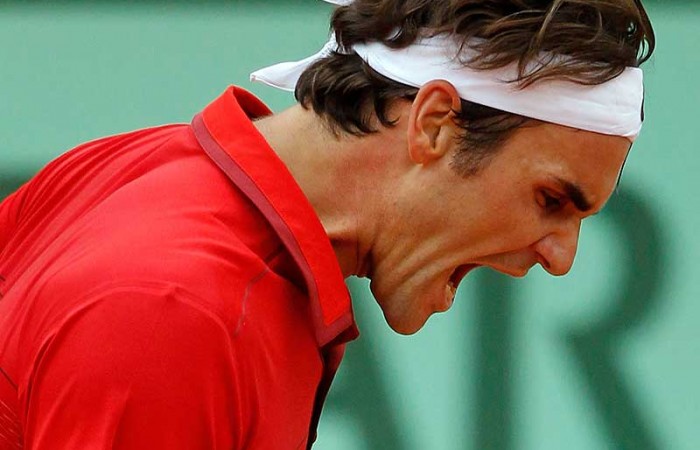 Roland Garros warhorses Rafael Nadal and Roger Federer will meet in a fourth French Open final on Sunday after dramatic but convincing semi-final wins on Friday.

Nadal moved to within one win of equalling Bjorn Borg’s record of six Paris titles with a hard-fought 6-4 7-5 6-4 semi-final win over a battling Andy Murray.

It was a perfect way to celebrate his 25th birthday for the Spaniard, but he was made to scrap hard by the Scot who shrugged off the effects of an ankle injury to produce his best ever performance on clay.

The win sets up the five-times defending champion and top seed for a mouthwatering final on Sunday against third seed Federer who ended Novak Djokovic’s 43-match winning streak with a 7-6 (7-5) 6-3 3-6 7-6 (7-5) triumph which ended just after 9.30pm local time.

Federer, the 2009 winner, not only shattered Djokovic’s hopes of making a first Roland Garros final, but also stalled the Serb’s bid to take over as world number one.

World number three Federer, whose last Grand Slam final had been at the 2010 Australian Open where he wrapped up a 16th major title, sealed a memorable win with his 18th ace.

Having reached his sixth Roland Garros semi-final playing a carefree brand of no-pressure tennis, he also left Djokovic one win short of matching John McEnroe’s 1984 record of a 42-match unbeaten start to a season.

“I had nerves and this wasn’t even the final,” said the 29-year-old Federer.

“I have worked a lot in my life and it’s for these types of matches. It was certainly one of my greatest matches in an extraordinary atmosphere.

“It was probably the best match I have played this year. There were breaks, break backs. It’s always intense when we play and I wanted to make it as physical as I could.”

Djokovic said that Federer was a deserving winner.

“All credit to him. He went for his shots, but there are no regrets for me. He deserved to win. We were part of a very good match,” said Djokovic, who hadn’t played since Sunday after his quarter-final opponent Fabio Fognini retired.

“But I had a great tournament. It’s been the best five months of my career and I knew it had to end some time. This is sport.”

Federer’s dominance was illustrated by the statistics with 18 aces and being able to carve out 25 break chances.

In an enthralling conclusion to the fourth set, Djokovic had the chance to serve to level the match at 5-4, but Federer broke back and then fought off two break points to nip ahead at 6-5 before Djokovic held for a tie break.

For Murray, seeded four, his feisty performance was a fitting way to end a brave campaign that saw him battle through illness, a twisted ankle and a broken tooth as he continued his quest for a first Grand Slam title.

His only regret could be only converting three of the 18 break points he had on the Nadal serve.

“Andy is a fantastic player. He deserves to win a Grand Slam very soon,” said Nadal.

“I saved a lot of break points at important moments. The conditions were not easy with the wind changing a lot.”

Nadal went into the match as a strong favourite having taken his record at Roland Garros to 43-1 with an impressive straight sets quarter-final victory over Robin Soderling, the only man to have beaten him here.

Murray was playing his first French Open semi-final in his fifth campaign in Paris and he had lingering doubts over the right ankle he turned in his third round defeat of Michael Berrer.

“It was a very close match, there wasn’t too much in it,” said Murray.

“I had a lot of break point opportunities, but Rafa played well at those moments. Some of them I didn’t play that well.

“I’m happy with the way I played but I still have a ways to go to be as good as him on clay.

“I look forward to that next year, but I now have got to look for ways of beating Roger and Novak and him on grass.”