Age a blessing for French finalists 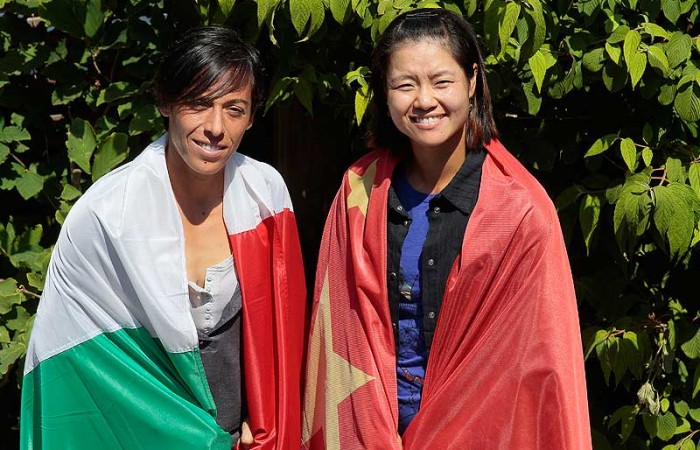 With a combined aged of 60 years and 79 days, Schiavone and Li, the first Chinese player to make a Paris final, will contest the oldest grand slam women’s singles title match since the 1998 Wimbledon decider between Jana Novotna and Nathalie Tauziat.

Saturday’s encounter will also be the sixth straight grand slam trophy showdown between two players aged 25 or over.

“It’s good for tennis and for the younger players’ careers. It shows to them that it is not just one moment, that careers are long and they have to control themselves and improve,” said 30-year-old Schiavone.

“Their careers do not have to be short.”

Schiavone, who is the second oldest Roland Garros finalist in the Open era, believes her style, based on guile rather than brute force, and featuring one of the few remaining one-handed backhands, also has a place in 21st century tennis.

“On clay you have to have a mix of everything – good tactics, you have to be strong mentally and physically,” said the Italian.

“You cannot just play power. You need to defend, counter-attack, go to the net. Clay is for the heart, mind and body. You have to use your brain.”

Schiavone became the first Italian woman to win a grand slam title when she defeated Samantha Stosur in the 2010 final.

She said that led to an explosion of interest in the sport in Italy.

“There were lots of kids signing up at the clubs. Ok, we are not billions of people like in China. We are just 70 million. But we are Italians – we have big hearts.”

Li, who will be playing in her second successive grand slam final after finishing runner-up to Kim Clijsters in Australia, believes she and Schiavone have the experience of years on the tour to call upon at the majors.

“We’ve been on the tour for so many years, we have that experience. But you can’t change your age. You just have to do what you can,” said Li.

“I think I can do better on Saturday. Melbourne was my first major final, I had no experience of that before.”

Li added that although she works with experienced coach Michael Mortensen and fitness trainer Alex Stober, she still has close links with the Chinese tennis federation.

“When I started, the government paid for a coach and all the travelling, but in 2008 I changed my team because I wanted to change the way I was doing things.

“I am not sure that I have become a better player because of it. I am still a national team player and if I need help from the federation, like visas for example, we have good communication.”