Wagland, Barty into French second round

Australian juniors Ben Wagland and Ash Barty have won their way through to the second round of the French Open junior championships in Paris overnight. 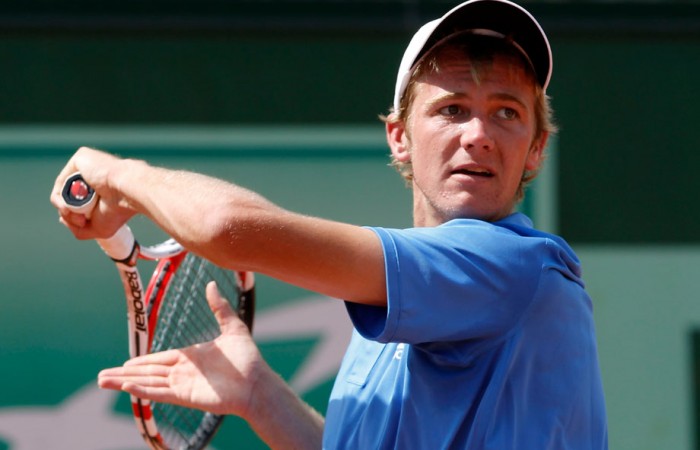 Australian juniors Ben Wagland and Ash Barty have won their way through to the second round of the French Open junior championships in Paris overnight.

Wagland worked hard to fight his way back into his first-round match against Jannick Lupescu of the Netherlands who claimed the opening set. From that point on Wagland found his range as he took control of the match, winning 3-6 6-4 6-2.

Lupescu’s 10 double faults for the match didn’t help his cause. The Dutchman’s misses were Wagland’s gain as the Australian racked up 14 break point opportunities for the match, converting five.

Wagland will face local Laurent Lokoli in the second round.

The second round didn’t pan out as planned for first-round winners Sean Berman and eighth seed Andrew Whittington – both falling in straight sets. Berman was knocked out by Spanish fifth seed Roberto Carballes Baena 6-3 7-6(4), while Whittington was dismissed 6-1 6-0 by Oriol Roca Batalla.

Barty struck back in the second, which also went to a tiebreak, taking it 7-6(8) then claimed the deciding set 6-3. The win propels the 15 year old into the second round where she will face Anett Kontaveit who was an easy first-round winner.

In the girls’ doubles, Barty has paired with Victoria Duval (USA) and will play Czech duo Jesika Maleckova and Petra Rohanova.

In the boys’ doubles event, Australia’s Luke Saville and Brazil’s Joao Pedro Sorgi, the tournament’s fifth seeds, will meet Enzo Couacaud and Luis Patino in the opening round. Berman and his partner Jaden Grinter (NZL) take on seventh seeds Thiago Moura Monteiro and Bruno Sant’Anna. Wagland and Whittington were knocked out in the opening round by Dennis Novikov and Yaraslau Shyla, 6-4 7-6(7)