Taylor at a loss

Samantha Stosur's coach is still scratching his head over the manner of her shock exit from the French Open third round. 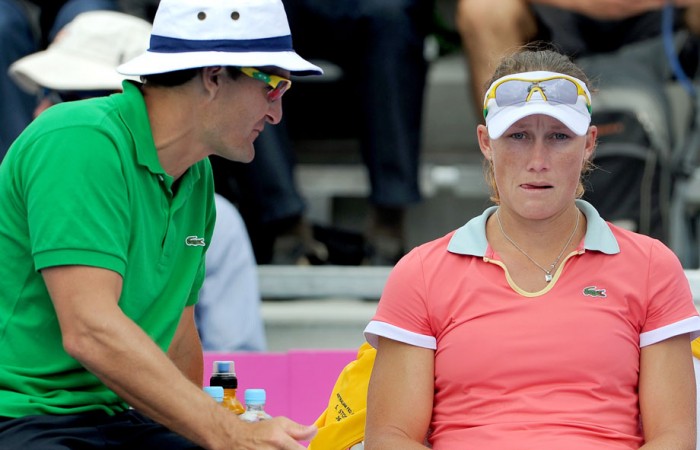 Samantha Stosur’s coach is still scratching his head over the manner of her shock exit from the French Open third round.

“It was a tough loss,” Taylor told AAP.

“Sam had high expectations coming in from the solid build-up.

“Those expectations were heightened by the level of her play against (Romanian Simona) Halep (in the second round).

“It is hard to explain the result (on Friday), quite disappointing and perplexing.”

The defeat was particularly difficult to stomach for last year’s Roland Garros finalist because of the open nature of the women’s field this year.

The Williams sisters are absent, four-time French Open champion Justine Henin retired in January and the top two seeds Caroline Wozniacki and Kim Clijsters have already been bundled out this year.

“Women’s tennis is very open at the moment and if a good player can be quiet and composed when it counts, they can achieve something special,” Taylor said.

Stosur’s premature exit from the French Open will allow her to make an early start to the grass court season.

The surface has tended to be Stosur’s weakest in the past and she has only reached the third round of Wimbledon once from eight trips.

“It is a real challenge to make week two of Wimbledon,” Taylor said.

Her next tournament will be Eastbourne, England, starting June 13.