Gajdosova advances to third round 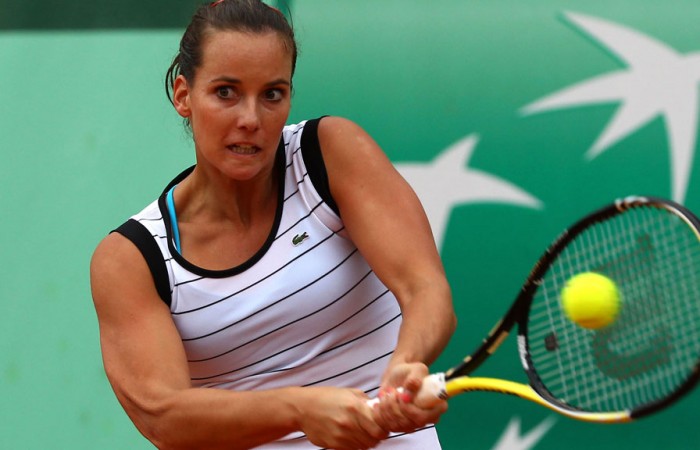 The 24th seed came from behind in both sets on court 3 to close out the match against the world No.43 in one hour and 47 minutes.

She is due to meet German world No.12 Andrea Petkovic in their third round clash on Saturday at Roland Garros.

Gajdosova is the third Australian to make the final 32 in Paris, joining compatriots Samantha Stosur and Anastasia Rodionova.

“It was great,” Gajdosova said with a smile.

“Windy, cold, clay going everywhere … look she is a great clay court player even if the conditions are normal.

“She was top 30, she has won a lot of tournaments, she is a very experienced player and I am very happy that I have won.”

Thursday’s conditions played into the hands of Medina Garrigues, the 28-year-old claycourter prepared to chase down balls all day long.

The cool weather stopped Gajdosova from being able to use her power to force the ball off the red dirt with pace.

The Australian had an early scare in the fifth game, she came crashing down on a chair at the back of the court after retrieving a ball.

She held her left wrist as she pulled herself to her feet and needed a minute to try to regain her composure.

Gajdosova dropped her serve in the very next game but broke back at 4-2 down and produced a series of winners in the tiebreak to claim the first set.

Medina Garrigues broke the Australian’s serve in the opening game of the second set and held a 4-2 lead before Gajdosova again ramped up the pressure on the European.

Gajdosova captured the final four games of the match and Medina Garrigues fired a ball out of the court in frustration at the end of the match.

“I think I took my chances when they came,” Gajdosova said.

“I had a few sloppy games … in that wind you could not be very aggressive.

“You had to be patient so I am glad I could take my chances.”

Gadjosova reached the fourth round at Roland Garros last year but has never made the quarterfinals at a grand slam.

Stosur is first up on centre court against Argentine Gisela Dulko on Friday while Anastasia Rodionova plays third seed Vera Zvonareva in the final match of the day on court 1.