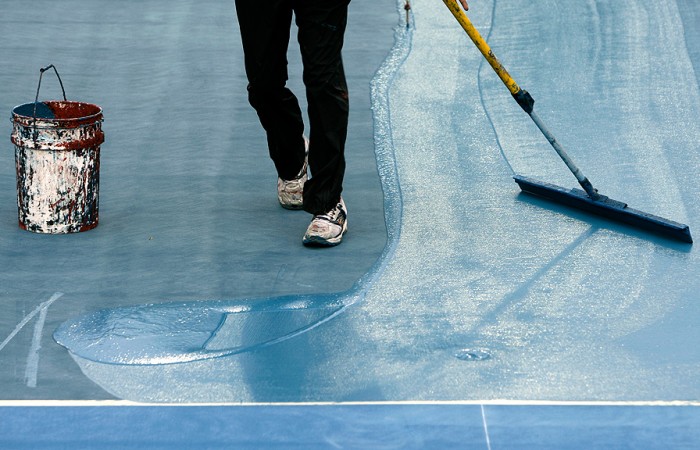 Current world No. 6 and ambassador of the Court and Facilities program, Sam Stosur, took time out at the French Open to talk about the achievement.

“I think that is fantastic – a thousand courts,” Stosur said.

“It is a long way that we have come in Australia to get tennis going again and I think the more courts we have, the more players we will have and the more kids can go out there and enjoy playing.

“Without them [upgraded courts] you can’t play tennis so it’s pretty much as simple as that. The more you have, the more opportunities there are, the more people see them and want to get out there and have a hit.

“Obviously tennis is popular in Australia during the Australian Open time but we want to try and keep it going throughout the rest of the year.”

“There were five courts [right next door to where I lived] and I am sure without those I would never have got started so it worked for me and hopefully it will work for some others.

“Get out there and have fun and try your best and you never know. Hopefully you will make it out here [Roland Garros] as well.”

The scheme, which has been running since 2007, has helped clubs in all Australian states and territories to build and upgrade ailing courts and facilities and foster greater participation throughout the country.

Announced today, Orange Indoor Tennis Club received the 1000th court upgrade and was awarded an additional $10,000 to be used to improve tennis programming and create a more inviting place to play.

Orange Indoor Tennis Club Treasurer, David Nicholls said the club was excited and surprised to be announced as the 1000th upgrade.

“We have been so focused on facilitating the current upgrade and attracting more players to the club that we didn’t even think about being the 1000th court,” Nicholls said.

“The additional funding is a nice surprise and it will be used for a number of different projects to promote the new facilities, create a website and further renovate and upgrade other areas of the club.

“It has been a long journey to get to the point where we now have state-of the art courts, and I would like to thank Tennis NSW for all their assistance in making this possible.”

The rural New South Wales Club has undergone a $200,000 resurfacing of five existing synthetic grass courts to Plexi-cushion, the same surface as the Australian Open.

The National Court Rebate Scheme has attracted investment of more than $157 million dollars to improve facilities Australia-wide in the last four years.

The scheme is open to affiliated clubs and facilities in Australia. To find out how your club can benefit from the scheme visit http://www.tennis.com.au/clubs/funding.

The program aims to better service communities by assisting with the upgrade of facilities and courts to international standards and by supporting the Grand Slam surfaces. It also allows clubs to expand and service a wider range of tournaments and special events.

Tennis Australia has invested more into facilities development in the past four years than has ever been spent in the history of the sport in this country.