Sam Stosur has been dished up a testing French Open draw for her bid to end Australia's 31-year wait for a women's grand slam tennis champion. 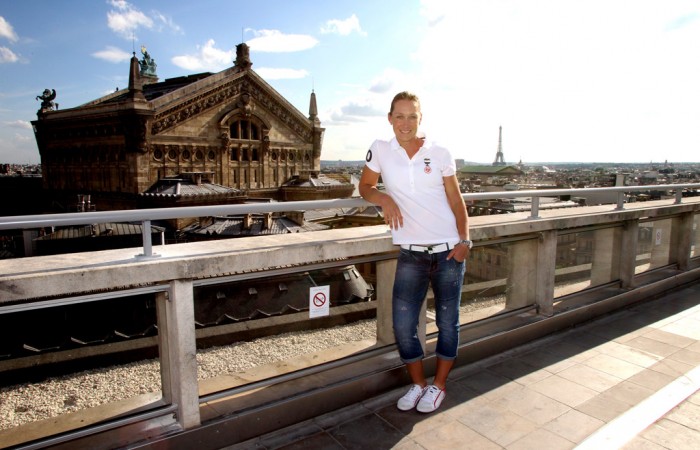 Sam Stosur has been dished up a testing French Open draw for her bid to end Australia’s 31-year wait for a women’s grand slam tennis champion.

The Queenslander said this week that she feared no opponent on the red clay of Roland Garros after reaching last year’s final in Paris.

She will meet world No.53 Iveta Benesova of the Czech Republic in the first round, the Australian having defeated the European in straight sets on clay in Rome earlier this month.

However waiting down the track is a possible fourth round encounter with in-form Julia Goerges, the tall German having toppled Stosur in three sets on clay in the semi-finals last month in Stuttgart.

Survive that and there is a potential quarter-final showdown with world No.1 Caroline Wozniacki in the offing before a possible mouth-watering semi-final clash against Francesca Schiavone.

Stosur said she was using last year’s gut-wrenching final loss to the Italian to spur her on to go one better at the tournament, which starts on Sunday.

With the Williams sisters out of action, Justine Henin retired and Kim Clijsters returning from an ankle injury, the next fortnight looms as a massive opportunity for Stosur to seize a maiden grand slam title.

The world No.8 but believed she had the firepower to do the job.

“I would like to think on this surface that I can beat anyone in the draw,” she told AAP.

On her return to Roland Garros this week, Stosur was swamped by fond memories despite the bitter aftertaste of that loss to Schiavone.

“When you get that close, you want to get the cherry on top,” she said as she enjoyed sweeping views of central Paris from the rooftop of the city’s largest department store on Thursday.

“There is no doubt I am very motivated to try to win one of these tournaments.

“Every grand slam, you have to win seven matches in a row and that is tough to do.”

World No.25 Jarmila Gajdosova has drawn a first-up match against local Virginie Razzano with a possible round of 16 date with four-time grand slam winner Clijsters in the offing.

Stosur has not been in quite the same imposing form as last year on clay, but has still notched up victories over world No.3 Vera Zvonareva and No.6 Li Na in recent weeks.

The last Australian woman to win a grand slam singles title was Evonne Goolagong-Cawley at Wimbledon in 1980.

Australia’s hopes in Paris for the next couple of weeks are firmly pinned on Stosur’s powerful shoulders.

She had no pretensions about what really mattered.

“People remember the winner rather than the runner-up,” she said.