Australian juniors Priscilla Hon and Sara Tomic have joined forces to claim the girls’ 14/u doubles title at the Raiffeisen Open in Slovenia. 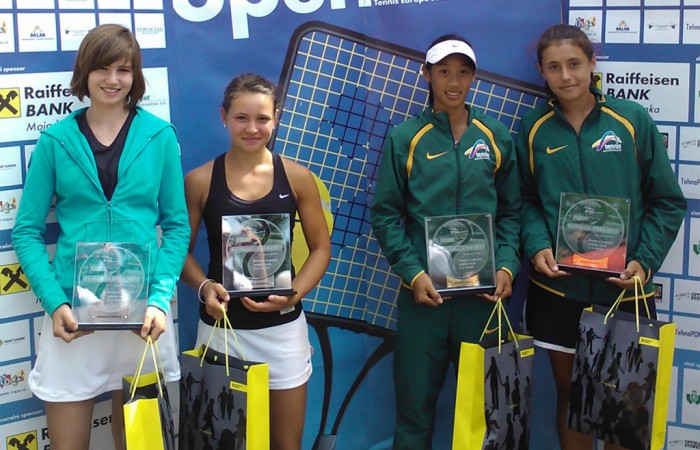 After upsetting the top seeds in a thrilling semifinal and third seeds in the second round, the 13 year-old Queenslanders completed a memorable ‘1-2-3 trifecta’ by defeating the second seed Belgian pairing of Laurine Gumienny and Greetje Minnen in the final.

Ranked No.256 in Australia, Tomic also reached the quarterfinals in the girls’ singles before falling to the top seed while Hon was defeated in the third round.

The duo enjoyed the perfect preparation for the tournament by training at Roland Garros – home of the French Open – in the week leading up to the event along with several other Australian juniors competing in this year’s Tennis Europe Junior Tour.

Hon was a semifinalist in the 2011 Optus 14s National Claycourt Championships, and is also the reigning Optus 12s Australian champion after defeating Tomic in last year’s final.

The rising star was defeated by Edris Fetisleam (ROM) in straight sets but showed his true potential by defeating several local favourites en route to the final.