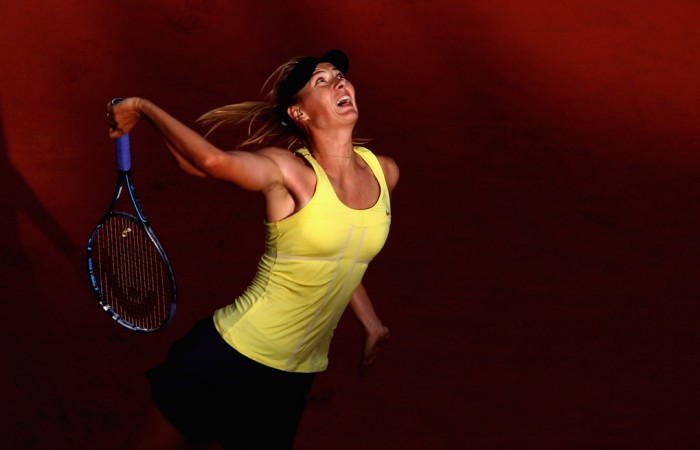 The victory gave Sharapova her first tournament win in almost a year, the former world No.1’s last title coming at the low-key Strasbourg claycourt event on the eve of last year’s French Open.

But having beaten world No.1 Caroline Wozniacki in Saturday’s semi-final, Sharapova proved too much for Stosur in a timely boost to her French Open preparations.

“I’m so excited to be able to be champion of this tournament,” said Sharapova.

“I’d been to the semis once a few years ago and it means so much to add this title to the ones I’ve won before.”

It is good news for the Russian just a week ahead of the start of the French Open, the only Grand Slam she has never won and a tournament where she has never been beyond the quarter-finals.

But on her least favourite surface she had too much power for Stosur, finalist at the French Open last year, who racked up the unforced errors throughout the match.

She was gracious in defeat, though.

“It was a great week for me here, well done to Maria for today, well played,” she said.

The Australian may be higher in the world rankings but the Russian has far greater pedigree having reached the world number one ranking back in 2005.

Stosur made a particularly nervy, error-strewn opening and picked up only one of the first 15 points.

The sixth seed was 4-0 down before she seemed to settle and managed to hold serve as Sharapova started missing off both flanks.

Stosur started to move Sharapova around and some positive play saw the Russian net a forehand to give up a double break point.

Under pressure again, seventh seed Sharapova sent a defensive lob into the tramlines to give a break back.

The cool and windy conditions were not helping the server and Stosur slumped to 0-40 on her next service game.

She saved the first with a forehand winner down the line and the second when Sharapova went long but a wayward, lofted forehand saw the Australian broken again.

And she sent a backhand long on set point as Sharapova wrapped up the opening set 6-2.

Stosur was equally erratic at the start of the second as she was broken again.

However, a poor forehand on break point in the next game looped up and down into the corner to bring her back on level terms.

That slice of luck was just the tonic she needed and Stosur held serve with a service winner to nose ahead in the set.

However, it was but a brief reprieve as a wild inside out forehand from the Australian landed well into the tramlines on break point in her next service game.

Sharapova wobbled when serving for the match at 5-4 but when Stosur had a simple backhand down the line to bring up double break point, she hit the top of the net.

Her next return went long and then Sharapova wrapped up the title with a forehand winner.