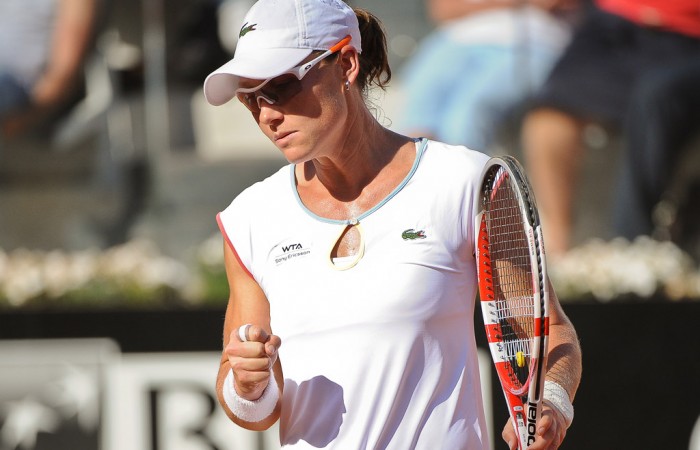 In doing so the sixth seed gained revenge on the second seed for her defeat in the Roland Garros final 12 months ago.

The Australian enjoyed a dream tournament, beating Serena Williams, Justine Henin and Jelena Jankovic on her way to the final in Paris where Schiavone proved one step too far.

But at least her run in Rome has reminded her of the level she’s capable of reaching.

“I think today (Friday) was pretty close to the way I was playing last year at the French Open and I think I played very well there last year,” she said.

“Today was probably as close to that as I have felt since then.”

While Schaivone had been on fire in Paris last year, she was far from her best at her home tournament and Stosur said that sometimes the pressure of playing in front of your own fans can be a handicap.

“Sometimes playing at home is more difficult because of the expectations, even though the crowd is on your side,” she said.

“You want to be playing as best as you can and then sometimes it makes it a little bit more difficult.

“But having said that I also like to play at home and I think it is good if you are from a country where you have a big tournament like this where you can experience that.

“Sometimes it is a little bit harder and sometimes it can definitely help.”

“I think anyone who is in the semis has a chance to win so I would like to back myself if it’s possible,” she added.

“Li Na is having a good week, I haven’t watched any of her matches recently but I played her last year in Stuttgart on clay as well.

“I played well there and I won that match and so I guess I’ll have to try and remember (what I did) a year ago.”