Nadal holds on to No.1, Stosur into semis

Samantha Stosur got a measure of revenge on Francesca Schiavone by beating the Italian 6-2, 6-4 in a rematch of last year's Roland Garros final. 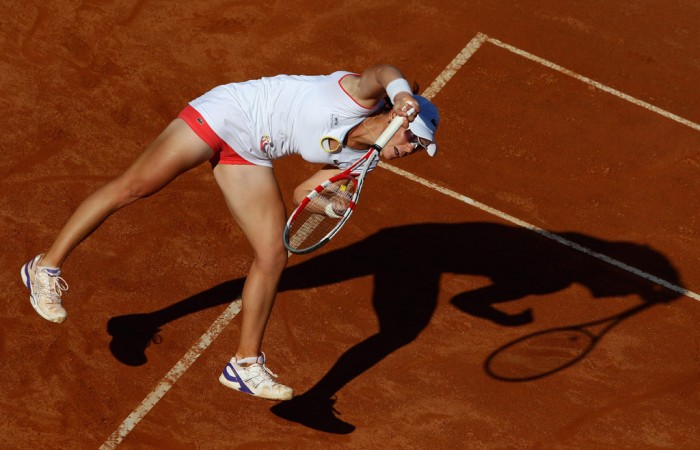 Rafael Nadal will keep the No.1 ranking for at least another three weeks following an efficient 6-1 6-3 win over Croatia’s Marin Cilic in the Italian Open quarter-finals on Friday.

Nadal was at risk of losing top spot to Novak Djokovic if he failed to reach the last four in Rome, where the Spaniard has won five of the last six years.

His semifinal opponent will be 16th-seeded Richard Gasquet, who rallied to beat seventh-seeded Tomas Berdych 4-6 6-2 6-4 a day after eliminating Roger Federer.

“Yesterday all afternoon I had a fever but at the end of the day I started to feel better,” Nadal said.

“I started the match with (more) intensity and I was able to move faster and play more with my legs.”

In the other half of the draw, Andy Murray overcame a slow start to beat German opponent Florian Mayer 1-6 6-1 6-1 and become the first British man to reach the Rome semi-finals since 1932.

In women’s action, Australian Samantha Stosur got a measure of revenge on Francesca Schiavone by beating the Italian 6-2, 6-4 in a rematch of last year’s Roland Garros final. Stosur never dropped her serve and faced only one break point.

The crowd of 10,500 cheered loudly each time Schiavone held serve but Stosur’s play kept the fans from becoming too much of a factor.

“Of course I would rather win (the French Open) but I am happy to be here and be in the semis,” Stosur said.

“I think I played really well today and I do not think she played her best but that is because I played well and she could not find anything to do against me.

She will play Li Na of China for a spot in the final after the Australian Open runner-up beat Greta Arn of Hungary 6-3 6-1.

The third-seeded Azarenka won the first set 6-4, then called a trainer out to the court for treatment after losing the first game of the second set. She winced and bent over in pain during the next two games, then retired.

“I need to improve my game on the surface and it’s been better this year.”

The last British man to reach the semifinals at this event was George Patrick Hughes in 1932, while the last British player to win the title was Virginia Wade in 1971.

Murray’s semifinal opponent will be either Djokovic or Robin Soderling, who were playing in a night match.