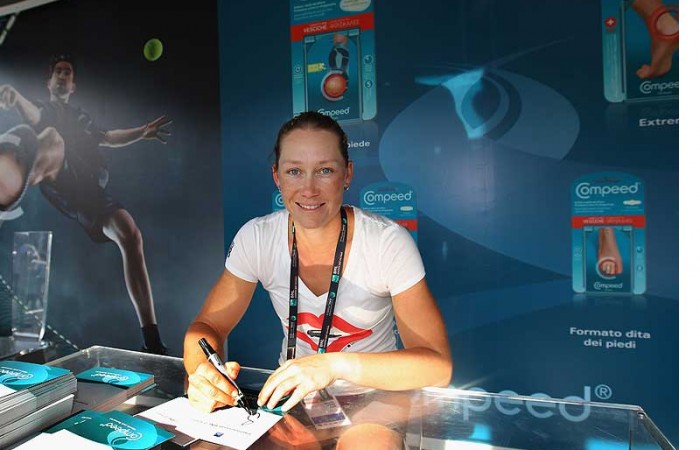 Samantha Stosur remains on course for a French Open final rematch with Francesca Schiavone after sealing a spot in the third round of the Italian Open.

The Australian world No.7 opened her campaign at the claycourt tournament in style, beating Czech Iveta Benesova 6-1 7-5 on Wednesday.

Should Stosur overcome the 69th-ranked Hercog, she would likely set up a quarter-final showdown with Italian veteran Schiavone, who faces Daniela Hantuchova in the third round.

Stosur lost to Schiavone in last year’s Roland Garros decider before scoring a consolation victory over the Italian at the season-ending championships in Doha.

Rome will be Stosur’s last tournament before the French Open gets underway on Sunday week.

Stosur was joined in the third round by fellow Australian Jarmila Gajdosova, who beat American Bethanie Mattek-Sands 6-2 6-4 to set up a third round clash with Chinese fourth seed Li Na.

The other Australian woman in the draw Anastasia Rodionova found the going tough against world No.1 Caroline Wozniacki as she was soundly beaten 6-2 6-0.