I can get back to No.1: Federer

Record 16-time grand slam winner Roger Federer insists he still has his sights set on a return to the No.1 world ranking. 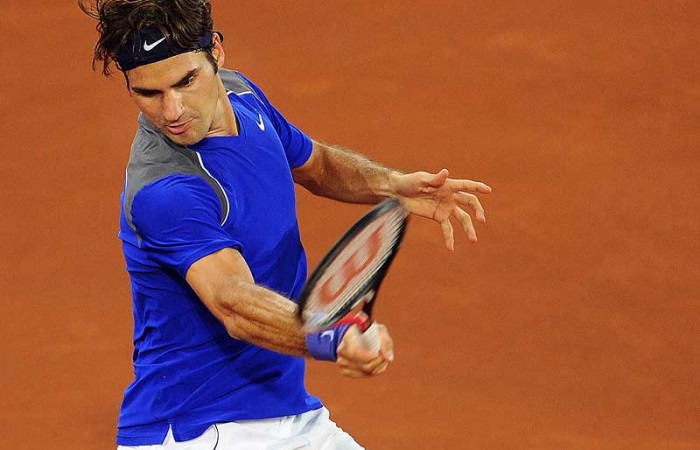 Record 16-time grand slam winner Roger Federer insists he still has his sights set on a return to the No.1 world ranking.

Federer has been in the shadow not only of long-time rival Rafael Nadal in recent times but now also man-of-the-moment Novak Djokovic.

But the 29-year-old Swiss believes he can still return to the top of the tree, even though he trails Nadal by 3,500 points in the rankings.

“It’s important for me to get back to world No.1. I mentioned it after Wimbledon, it’s a goal of mine and it’s still very real and very possible,” he said in Rome.

“I still have the World Tour Finals in my pocket, I don’t have a grand slam in my pocket but if I win one it changes everything.

“But these guys (Nadal and Djokovic) are playing better than me and other players.

“Novak has won a lot of tournaments, like Rafa, but I’m getting closer.

“It’s not like I’m struggling in the first or second round. It’s a new situation with Novak not losing.

“But not much has changed for me from when I was No.1. With (Andy) Murray or Novak or even Rafa occasionally in my draw it was always hard.

“Everyone is so consistent, it’s not like you can say Murray is bad on clay or Rafael is bad on grass, everyone can play on every surface.

“I’m as optimistic as ever.”

From 2003-2007, Federer was the undisputed best player in the world but then Nadal started to emerge as a very real threat to the Swiss’s dominance.

And in 2008 when Nadal beat Federer in the Wimbledon final, a tournament Federer had virtually owned for the previous five years, the changeover was complete.

Federer had to get used to his new status as No.2 in the world but last year he was also overtaken by Djokovic.

And now that Djokovic has beaten Nadal in a clay final, in Madrid last week, many would suggest that the baton is about to pass from the Spaniard to the Serbian.

It was the third time in a row this year that Djokovic has beaten Nadal in a Masters Series final.

He is also the Australian Open champion and remains unbeaten this year.

But Federer doesn’t think too much should be read into that Madrid final.

“I thought Novak definitely had a chance to play for it, he’s been playing well these last three months,” he said.

“Madrid remains a quick clay court so he had a better chance to beat Rafa there if ever he was going to do it.

“It’s always surprising to see Rafa lose on clay. It’s just one tournament but another good one for Novak.”

Federer denied that he is struggling to adapt to his new position slightly out of the limelight in comparison to his younger rivals.

“They deserve the (good) press, they’ve got a lot of it. It’s good stories and I’m all for it.

“They’ve had a number of matches over the years, the same number as I’ve had with Rafa because they’re playing many semi-finals and finals.

“There’s a number of players behind waiting to stake their claim and I’m one of those.

“I’ve played all the semis since Wimbledon, apart from Monte Carlo. I had a close match with Rafa last week.”