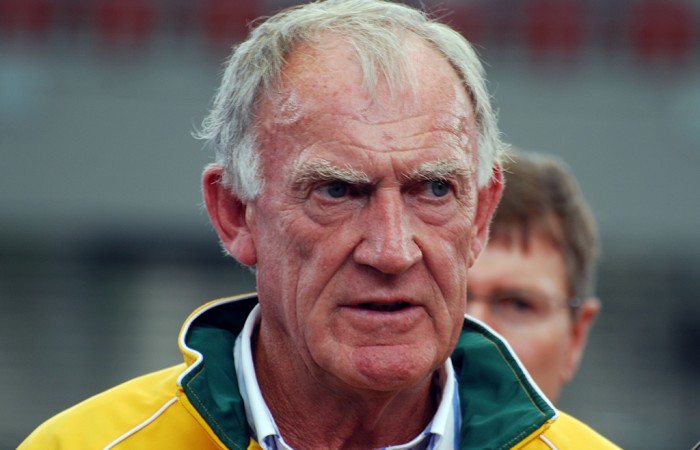 Roche and Hewitt will fly to Europe on Thursday, with the former world No.1 boldly planning to contest the claycourt grand slam beginning on Sunday week despite having not played for more than two months.

The 30-year-old underwent foot surgery in March but Hewitt is once again prepared to play through the pain barrier.

“I think he’s used to that. Look, he’d be the toughest competitor that I’ve seen,” Roche told AAP on Monday.

“He’s had a lot of setbacks the last couple of years but he keeps bouncing back.

“He keeps wanting to improve and he’s so keen, which is great for Australian tennis because we need him to hang in there.”

And indeed Hewitt’s powers of recovery are nothing short of amazing.

Time and again, the two-time major winner has gone under the knife only to return and contend almost immediately at the slams.

Last year, Hewitt was sidelined for almost four months following a second round of hip surgery and a knee operation before upstaging the mighty Federer on grass in the Halle final and then almost beating Novak Djokovic at Wimbledon.

He reached the quarter-finals of the 2006 US Open despite carrying a knee injury that threatened his very participation.

His finest effort playing under duress in Paris came in 2008 when he lobbed at Roland Garros without having contested a single match on the surface and pushed fifth-seeded claycourt specialist David Ferrer to five sets in the third round.

Despite all the setbacks, Hewitt is the only active player – Federer and the king of clay Rafael Nadal included – to have made the last 32 on 10 straight visits to Paris.

It has taken Nadal to end four of Hewitt’s past five French campaigns and Roche isn’t ruling out another strong run from his tenacious charge.

“It’s his first tournament back from his operation. It’s a big ask, but he could do it if he got the right draw,” he said.

“Unfortunately, he’s not going to be seeded so you’ve got to rely on a good passage through that first week and not running into, say, the top three or four guys.

“But Lleyton is still as keen as ever. He feels in the grand slams, given the right opportunity, that he can still be competitive with the top guys.”

Roche said ideally the two-time French quarter-finalist would win a couple of rounds in Paris to gain some valuable match practice before the grasscourt season.

“I know he’s looking forward to Wimbledon, getting on the grass,” Roche said.

“He sees that surface as being well suited to his game.

“Two years ago, he lost to (Andy) Roddick in five sets (in the quarter-finals) and actually had a break in the fifth and Roddick came up with an unbelievable shot and Roddick nearly beat Federer in the final.

“So he’s not too far away. One point there and he could have been in the final.

“So if he gets the matches under his belt and good preparation, he can do very, very well at Wimbledon.”