Stosur, Gajdosova on song in Madrid

Sam Stosur rallied to beat Gisela Dulko of Argentina in the first round of the Madrid Open on Saturday. 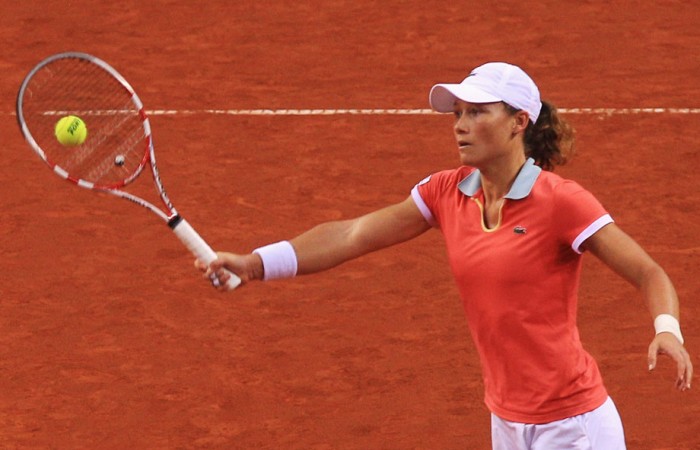 Sam Stosur rallied to beat Gisela Dulko of Argentina in the first round of the Madrid Open on Saturday.

The fifth-seeded Australian went down in the opening set, but fought back to win 3-6 6-2 6-2 at the claycourt Masters series event.

Playing the dangerous Gisela Dulko, who is currently ranked No.55 in the world, Stosur was surprised by her pint-sized opponent as she took the opening set 6-3.

Not to be outdone on the surface where she has had the most success to date, Stosur lifted her intensity and used her devastating serve to put pressure on Dulko.

After dropping her serve twice in the opening set, Stosur won all four of her second-set service games to love as she took control of the match, taking the second set 6-2.

The win sets up a second-round clash with either former top 10 star Daniela Hantuchova or Japanese veteran Kimiko Date-Krumm.

Gajdosova, meanwhile, was too strong for Maria Kirilenko, saluting in a closely fought three-setter. After the Australian took the opening set 7-5, the Russian struck back in the second before Gajdosova closed out the third in a tiebreaker to win 7-5 3-6 7-6(4).

Gajdosova faces a stern test in the second round where she will play 10th seed Agnieszka Radwanska.

In other matches, Dominika Cibulkova knocked out Svetlana Kuznetsova in the biggest upset of the opening day.

The 28th-ranked Slovakian beat the two-time Grand Slam champion for a third straight time to advance.