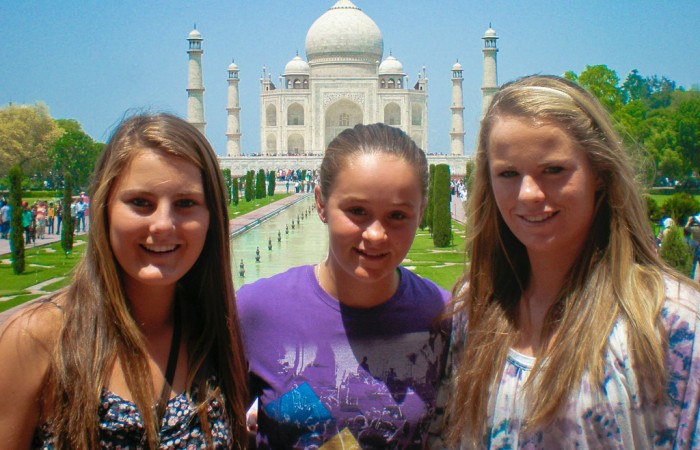 The Aussies were definitely the most prepared team coming into this event and so far it has shown.

We defeated India on Tuesday 3 rubbers to 0 and played well in front of a tough crowd on the centre court. Belinda Woolcock started us off with a solid 6-1,6-4 victory over Indian’s second ranked player. That took some weight off of my shoulders and I fought out a tough 6-4, 6-2 win.

The crowd was most definitely biased towards the Indian team, cheering frantically for each point won and silence when points were lost. I think Belinda and I thrived on not only playing against 1 person, but playing against a whole crowd and it really gave us a bit more determination!

Brooke Rischbieth made her Australian representative debut on the doubles court with Belinda and posted a well deserved 6-2 7-5 victory.

After a clean sweep of India, Ken spoke to us about the challenges of the coming days and told us that we had to play Sri Lanka next.

Yesterday’s play began early, and whilst we were not fortunate enough to play on the centre court, court #2 was our next preference. Again Belinda started off our day with an awesome 6-1, 6-1 win in under 60 minutes.  I was able to keep our momentum going with a quick 6-0, 6-0 victory in under 45 minutes. The girls finished out a fantastic day with a great 6-0, 6-0 victory.

We did really well today to keep concentrated and get the job done, even though we were playing a team that was not as strong. Ken has been great on the court so far and has given us many strategies and Plan B’s to use when things are not going our way.

Today we play the 8th seeded team Thailand, which will determine who finishes in the top of our pool.