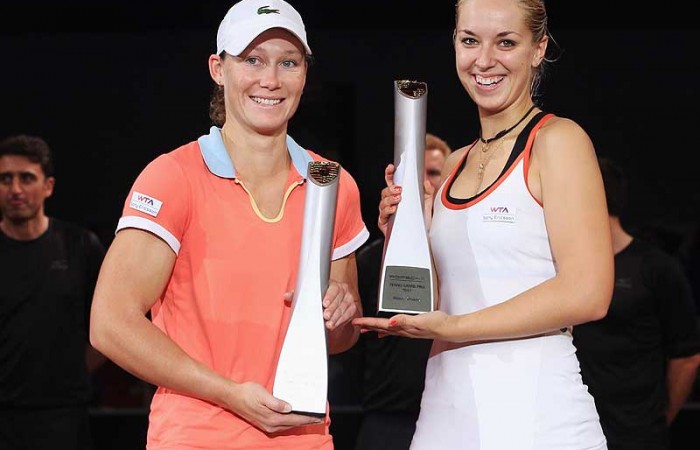 In the singles tournament, the 27-year-old Australian knocked out second-seed Vera Zvonareva in the last eight, but lost the semi-final to local favourite Julia Goerges.

Stosur is expected to move up to sixth in the world when the WTA rankings are next released.