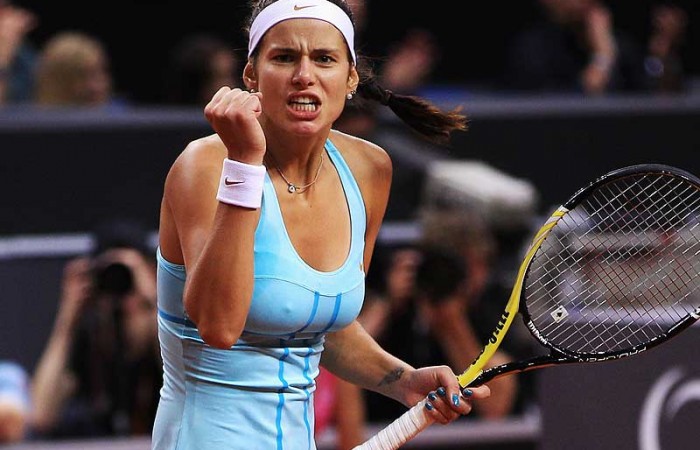 Julia Goerges became the first German for 15 years to reach the final of Stuttgart’s WTA tournament when she beat Australia’s Samantha Stosur in Saturday’s semi-finals.

“It is unbelievable to have beaten a player like Stosur. And in front of a home crowd. I’m just too happy for words, ” said Goerges.

This is only the third time the 22-year-old Goerges has reached a WTA final and she is the first German to reach the Stuttgart final since Anke Huber, who was the runner-up to Martina Hingis in 1996.

Having broken Stosur in the opening game, the first set followed service until Goerges produced a deft shot to win the opening set 6-4.

Stosur came back in the second and broke the German in the fourth game for a 3-1 lead.

Goerges broke back in the seventh game, but Stosur repaid the compliment immediately for a 5-3 lead and then she served out for the set.

In a tense third set, Goerges broke Stosur in the sixth game, before being broken herself in the very next game, but having served out to a 6-5 lead, the German produced some great shots to break again for the set and match.

“I felt I was back in the match,” Stosur said. “We were both very aggressive. She played very well and took it to me. Maybe she likes to play me.”