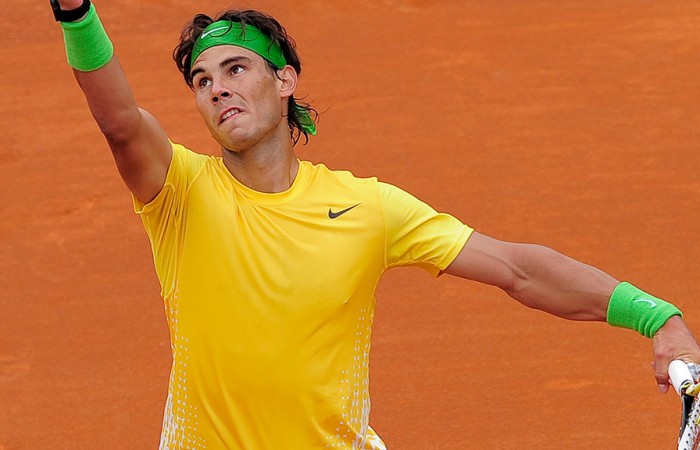 Nadal took his record for the season to 25-4 just 72 hours after defeating compatriot David Ferrer for an historic seventh straight trophy in Monte Carlo.

The world number one owns 30 titles on clay and is aiming to pick up where he left off in 2009 here when he won his fifth on the trot at the Real Club de Tenis.

That run was interrupted a year ago when he missed the tournament due to a knee injury.

Nadal also took his career record in the tennis-mad Catalan capital to 26 wins and just one loss.

“I played a good match,” said Nadal. “He had more mistakes than usual and I was able to take advantage. It’s great to be back in Barcelona after not being able to play last year.”

Last year’s losing finalist Robin Soderling was ambushed by 56th-ranked Croatian Ivan Dodig 6-2 6-4 as the Swedish third seed failed in his first match of the season on clay after healing a March knee injury.

Ferrer began his Barcelona campaign with a victory, easing past 6-2 6-2 over Argentine Carlos Berlocq. Ferrer has reached the semifinals or better in Barcelona in each of the last four years.

He has a solid 22-5 win-loss record for the season and will now face Victor Hanescu of Romania, who put out South African 14th seed Kevin Anderson 6-4 6-4.

A Spanish name from the past continued his injury comeback, with 2001 champion Juan Carlos Ferrero belying his 31 years by advancing into the third round with a 6-4 7-5 defeat of Mischa Zverev.

The defeated German replaced Andy Murray in the draw after the British world number four had to pull out due to the elbow injury he sustained in Monte Carlo last week.

Ferrero is playing for the first time since the US Open after undergoing wrist and knee surgery in October and expressed satisfaction with his fledgling form.

“I played better than yesterday, when I was starting to cramp at the end,” said the former world number one and 2003 French Open champion.

“Today I tried to be more aggressive but the body is still feeling it.”