Rafael Nadal pronounced himself "a lucky guy" after sweeping to a seventh straight title at the Monte Carlo Masters. 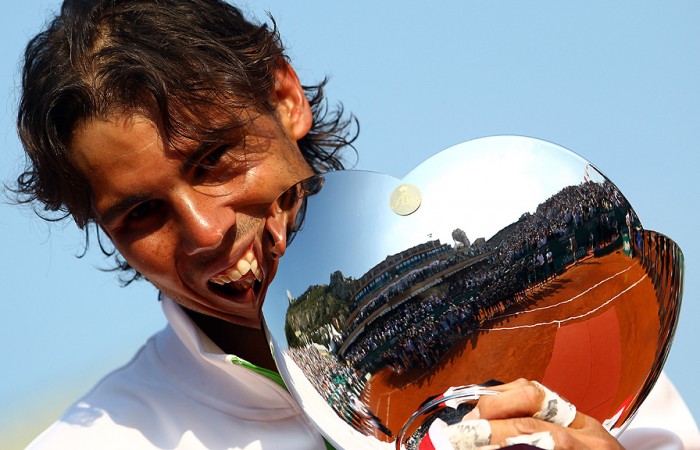 Rafael Nadal pronounced himself “a lucky guy” after sweeping to a seventh straight title at the Monte Carlo Masters, dispatching fellow Spaniard David Ferrer 6-4 7-5 on Sunday.

“It would have been impossible to imagine a few years ago winning seven titles here,” Nadal said after a victory in 2 hours 16 minutes, his 12th of 16 against his good friend. “I’m a lucky guy to have done this by age 24.

“Thanks so much to the life, I’m really enjoying everything.”

Nadal faced a few minor challenges on court in postcard-perfect conditions with a sleek, discreet mega-yacht tethered just offshore at the Mediterranean playground.

But it’s the clay of the Country club that is officially declared the backyard of Nadal.

“This was a very important win for me,” said the somewhat disbelieving champion, who has once again embarked on the road to Roland Garros next month in the best possible way.

“I don’t think about defending points from previous years, only about playing well. I just keep trying to improve every day, train humbly and improve.

“Winning this week was so important.”

Nadal was 24 hours removed from his three-hour struggle with an injured Andy Murray, who played their three-set epic on a right elbow injected with pain-killing cortisone.

Murray and his team drove the 600 kilometres to Barcelona on Sunday where he will have a medical visit and decide over the next few days if he can play in the ATP event as second seed behind Nadal.

Nadal has ruled at Monte Carlo since losing his only match in the principality in his 2003 debut year as a 16-year-old.

He has now won 37 straight Monte Carlo matches and has a 39-1 record at the tournament.

Sunday’s win marked the 44th career trophy for Spain’s top player, who now owns a record 19 titles at the Masters 1000 level and has beaten compatriots in the nine all-Spanish finals he has played.

The victory was revenge for Ferrer’s straight-sets win over Nadal in an Australian Open quarter-final three months ago.

Nadal struck 22 winners on the afternoon with 30 unforced errors, breaking serve on four of 11 chances.