Roger Federer and Rafael Nadal moved closer to a fourth final meeting at the Monte Carlo Masters, as both posted third round wins to reach the quarterfinals. 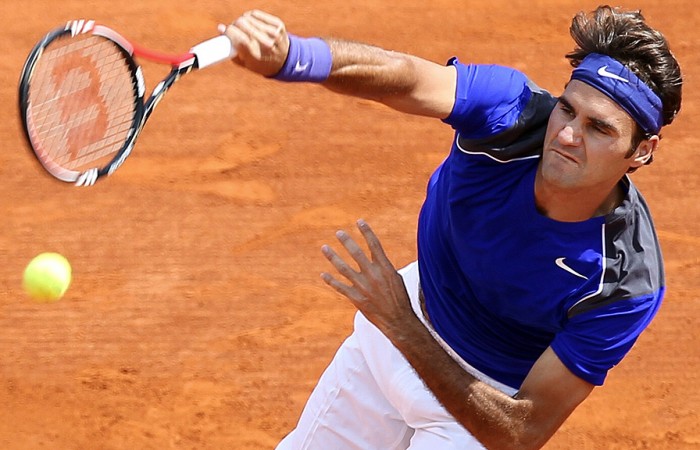 Rafael Nadal and Roger Federer moved closer to a fourth final meeting at the Monte Carlo Masters, as both posted straight-set third round wins to coast into the quarterfinals.

Third seed Andy Murray, meanwhile, drew jeers for drop shots against an injured opponent, with the Scot shunning the popularity contest in his 6-3 6-3 defeat of French 16th seed Gilles Simon.

The win was the second in as many days for Murray, who had lost a career-worst four straight matches over the last two months without winning even a set.

“I know every single player on the tour would have done exactly the same thing,” said Murray on his decision to exploit Simon’s injury problems.

“You’ve just got to get on with it, move on to the next match, see how they react tomorrow.”

Friday’s contest will come against a surprise opponent after world no.82 Frederico Gil of Portugal stunned Gael Monfils 7-6(2) 6-2 to leave French seeds 0-3 on the day.

Top seed Nadal, a consecutive six-time champion who is now unbeaten in 34 straight matches in the principality, maintained his traditional momentum to see off Frenchman Richard Gasquet 6-2 6-4.

Three-time losing finalist Federer, the no.2 seed, was equally ruthless as he dispatched Croatian Marin Cilic 6-4 6-3 in 71 minutes with a break of serve per set enough to see him through.

“Today was another solid performance, which I’m very happy about. I’m happy that I’m solid on my serve. That allows me then to get an opportunity, when I’m returning, which could be the set if I break,” said the Swiss.

Federer won his 24th match of the season for four defeats – his last to Nadal in Miami, the other three to Novak Djokovic.

He now stands level with Djokovic for the most wins so far this season, but the Swiss will be mindful of the three defeats he has suffered at the hands of Nadal in the Monte Carlo finals between 2006 and 2008.

Nadal took 93 minutes to claim what was his eighth win without a loss against 18th-ranked Gasquet.

“There were tough games at the beginning, but I won them both,” said Nadal.

“In general I think I played a very solid match. I’m very happy how I played. It was better than yesterday, easier.

“This was a a very positive victory against a very difficult opponent.”