Kim Clijsters cracked her ankle at a wedding party last weekend, likely forcing the US and Australian Open winner out of Roland Garros. 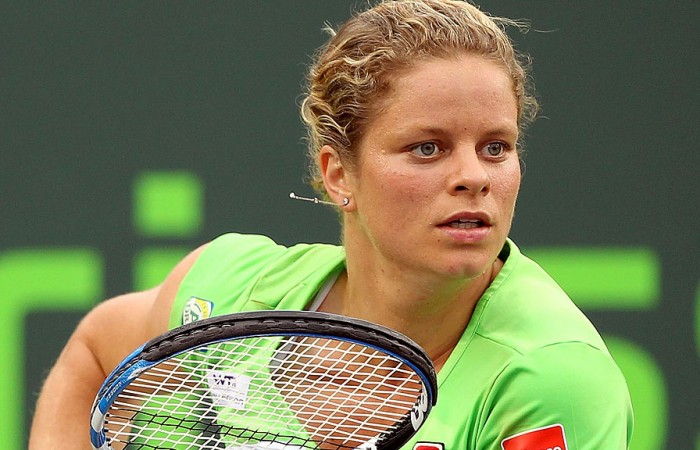 Another foot fault has deprived women’s tennis of one of its best players – again.

Kim Clijsters cracked her ankle at a wedding party last weekend, likely forcing the US and Australian Open winner out of Roland Garros.

Her mishap brings back memories of the accident that sidelined Serena Williams immediately after her Wimbledon victory last year. She stepped on broken glass at a German restaurant.

Williams’ misery was compounded by a series of health concerns and she has not played since. When the French Open starts on May 22, tennis might well have to do without the winners of the past three Grand Slam tournaments.

On Saturday, Clijsters was wearing high heels when she stepped on someone’s foot at the wedding of her cousin Tim. In tennis shoes, it might have been bad but the heels compounded the freak accident.

The complicated injury – ligaments were stretched on top of a torn ankle joint capsule and tendon sheath – will force her to keep her right ankle immobilised for several days and will leave her on crutches.

“Kim faces a recovery of at least four to six weeks,” a statement on her website announced. “Since the French Open starts in literally six weeks, Kim’s presence in Paris is very uncertain.”

Even in the best of circumstances, she would have to come in cold on her least favourite surface – slow, red clay.

On top of the ankle injury, Clijsters had already said she would take a month off to deal with shoulder and wrist problems sustained during the wear and tear of a hectic spring schedule.

She has been ruled out of the Fed Cup semifinal against the Czech Republic this weekend, which Belgium was favoured to win until she withdrew.