Sam out of Charleston 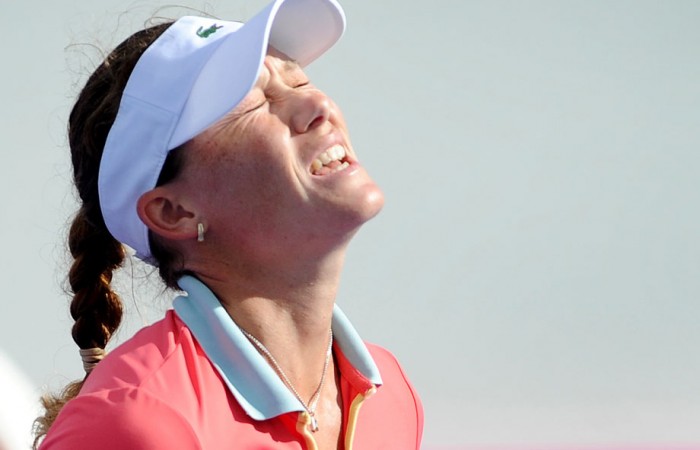 Defending champion Samantha Stosur crashed out of the WTA event in Charleston on Thursday, falling in straight sets to unseeded Russian Elena Vesnina.

On a day when top-seeded Caroline Wozniacki passed a tough test with flying colours, coming up with two tiebreak victories to reach the quarter-finals, Australian second-seed Stosur fell 6-4 6-1 in the third round.

“Anytime you lose early in a tournament, it’s not a good feeling but especially in a tournament like this, where I really enjoyed playing,” said Stosur, who this week announced she would skip Australia’s upcoming FedCup tie against Ukraine to focus on the clay court build-up to the French Open.

“I knew that it wasn’t going to be easy. I’ve seen her before and played her last year here,” Wozniacki said.

Wozniacki jumped out to a 4-1 first-set lead.

But after a frustrated Zahlavova Strycova spoke to her coach, she adopted a more aggressive approach that paid handsome dividends.

The Czech was able to extend the rallies, pushing Wozniacki into the corners of the court to chase down shots.

After forcing the first tiebreaker, Zahlavova Strycova dropped behind 5-1, then won five straight points to hold a set point that she couldn’t convert.

Zahlavova Strycova took a 2-0 lead in the second frame before Wozniacki rallied.

After forcing the tiebreaker, Wozniacki took a 5-2 lead, but Zahlavova Strycova fought off four match points.

Zahlavova Strycova had a set point at 9-8, but again couldn’t convert, this time surrendering the match.