Groth knocked out in Miami 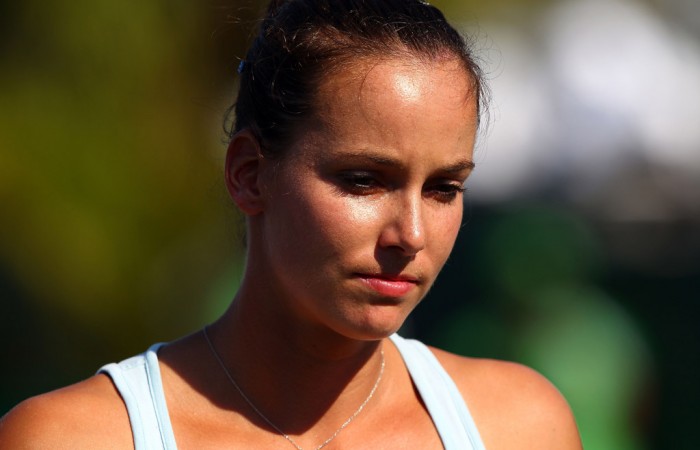 Samantha Stosur is the last Australian standing at the Miami Masters after Jarmila Groth fell in the third round.

Meanwhile, second seed Kim Clijsters, the winner of the last two grand slams, notched her 500th career win when she beat tricky Spanish left-hander Maria Martinez Sanchez 4-6 6-4 6-3 in their third round match up.

Clijsters said that while the shoulder injury which forced her to pull out from a match in Indian Wells was improving, it takes a lot of physio work.

“I have to focus a lot of my attention and my time on my shoulder. But if I can do that it will stay stable,” she said. “That’s obviously what I’m hoping for.”

Del Potro, who beat Roger Federer for the 2009 US Open crown but then missed eight months in 2010 as he recovered from wrist surgery, thrilled his fans at Crandon Park as he beat one of ATP’s standouts to reach the fourth round.

No one had won more matches this year than Sweden’s Soderling, who has claimed 20 matches and three titles.

But now Del Potro has pulled alongside him as he produced his 20th win of 2011.

Del Potro, ranked 51st but climbing fast, has won five of his last seven matches against top-four players and has now beaten Soderling in their past three encounters.

“It’s very important to sort of stay the course against someone like him, try to neutralise his best shot, which is his backhand crosscourt, and then try to take your shots from there,” said Fish, who next faces del Potro.