Australian Open 2012 may be 10 months away, but work has already begun for the next batch of MLC Ballkids. 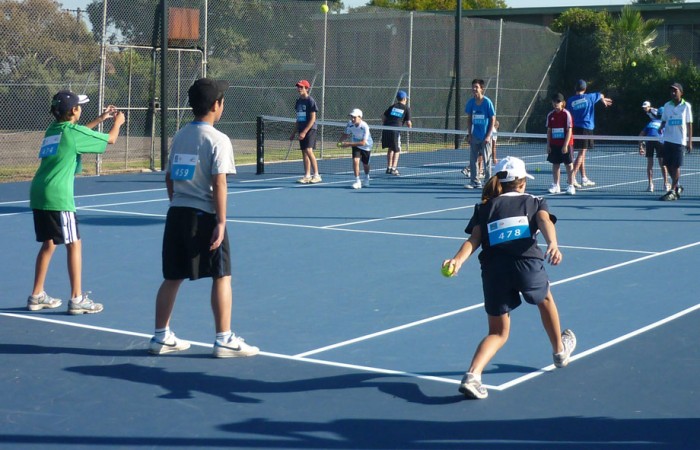 Australian Open 2012 may be 10 months away, but work has already begun for the next batch of MLC Ballkids.

Last week, 23 groups of ballkid hopefuls were put through their paces at selection trials in Melbourne and around Victoria.

With more than 1500 applications received for just 300 places, the competition is fierce. After all, a potential spot on Rod Laver Arena with Rafael Nadal, Roger Federer or Sam Stosur is at stake.

The trials are also good for club coaches looking for new ways to introduce children to tennis.

“The coach has the opportunity to promote their services and sign-up some new kids to their coaching programs and the club can showcase the great facility on offer,” explains Darren Sturgess, Tennis Operations Coordinator for Tennis Australia.

But this is just the beginning of a long journey that ends, hopefully, at Melbourne Park in January next year.

In the meantime, the next stop for these budding ballkids is Melbourne Park in May where they will join returning volunteers from Australian Open 2011, for MLC Ballkid volunteer Level 2 selection trials.