Lleyton Hewitt and Chris Guccione have both been knocked out of the BNP Paribas Open today. 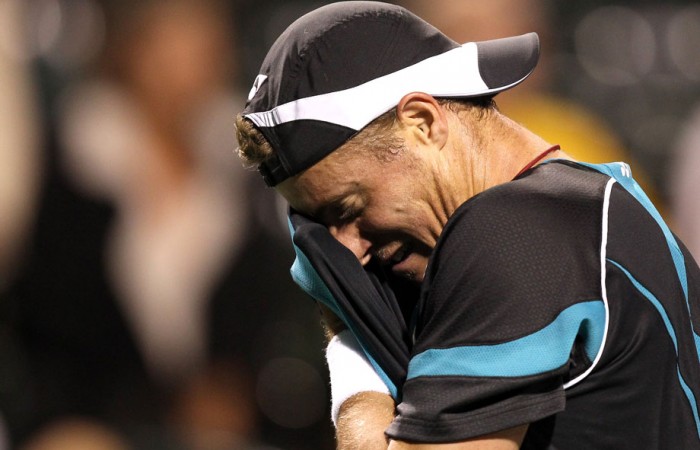 Lleyton Hewitt and Chris Guccione have both been knocked out of the BNP Paribas Open today.

Guccione came out firing against former top 10 American James Blake. The tall Australian took the first set 6-3 before Blake struck back to take the next two sets 6-3 6-2 and set up a second-round clash with countryman Andy Roddick.

But the news was better for Bernard Tomic who survived a scare to move into the second round with a three-set with over India’s Rohan Bopanna.

In a tense one hour and 48 minute affair, Tomic finally broke the Bopanna-imposed shackles with a crucial service break in the third set after the first two sets ended in tiebreaks to win 6-7(5) 7-6(1) 6-4.

The 18-year-old Australian was granted a wildcard by tournament directors on the back of some eye-catching performances during the Australian summer.

Tomic joins world No.4 Sam Stosur in the second round. The Indian Wells fourth seed received an opening-round bye and is due to play Spanish qualifier Laura Pous-Tio on Saturday Indian Wells’ time.