A medical emergency resulting from a blood clot in her lung was "the scariest moment in my life," Serena Williams said on Wednesday, adding she did not think the health crisis will hurt her tennis game. 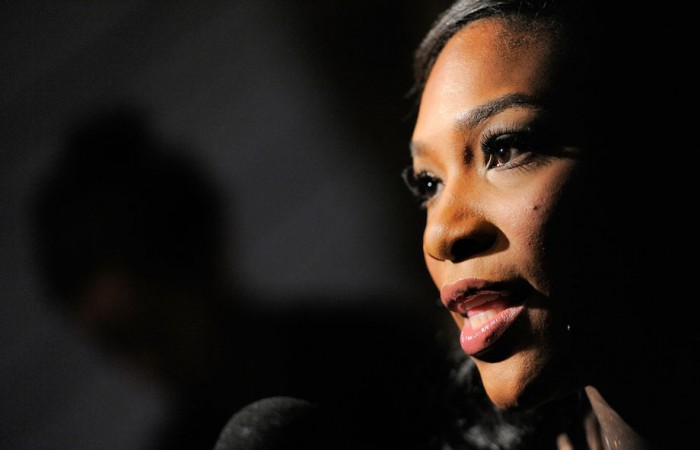 A medical emergency resulting from a blood clot in her lung was “the scariest moment in my life,” Serena Williams said on Wednesday, adding she did not think the health crisis will hurt her tennis game.

“Luckily enough, I was able to catch it soon enough that my career won’t be affected,” Williams told NBC television’s “Today Show” program.

“I love tennis and now more than anything I have so much to look forward to just playing,” she said, adding the crisis was “the scariest moment in my life.”

“I really just want to come back and do well,” she said.

The former world No.1 and 13-time Grand Slam singles champion is recovering after emergency surgery earlier to remove the blood clot.

Williams suffered a pulmonary embolism in late February, which required her to undergo an emergency operation at Cedars-Sinai Medical Center in Los Angeles last week.

The 29-year old tennis star, who underwent surgery a day after she attended post-Oscar parties in Hollywood, has had ongoing medical problems with her foot after stepping on broken glass at a restaurant.

Williams told NBC that the blood clot “went from my leg to my lung. It travelled fast. I still have several clots in my lung and they are still there. They have to eventually dissolve,” she said.

The tennis star has undergone two operations on her right foot since it was cut by glass at a restaurant last July and has not played a top-level match since taking last year’s Wimbledon title.

The younger sister of fellow tennis star Venus Williams, Serena stretched her stay atop the world rankings to 123 weeks before her limited play contributed to Caroline Wozniacki passing her for No.1 last October.

Now, largely due to an ongoing series of health crises, Williams has slid to 11th in the rankings.

She recounted to NBC how her leg swelled “which is a tell-tale sign of embolism,” she said.

“I could not breathe. I remember thinking, I’m walking but I cannot breathe. That forced me to the emergency room,” Williams said.

Once admitted to the hospital, a CT scan “found several blood clots.”

“I was like, ‘wow.’ They told me they had to check me in immediately or it wasn’t going to be a good result,” she said.

Williams said the medical concerns have continued, despite the upbeat prognosis.

“I’m on blood thinner injections, so I inject myself twice a day,” she said.

Now, as a result of being on the medication, “I developed a large hematoma in my stomach,” the tennis star said.

“I developed what started as a golf ball ended up being a grapefruit on my stomach. I had to get it drained. When I got there they said, we can’t drain it, we have to surgically remove it.”

“I’m taking it a day at a time,” Williams added.

“My lungs are fairly healthy and I’m just on the road to recovery.”