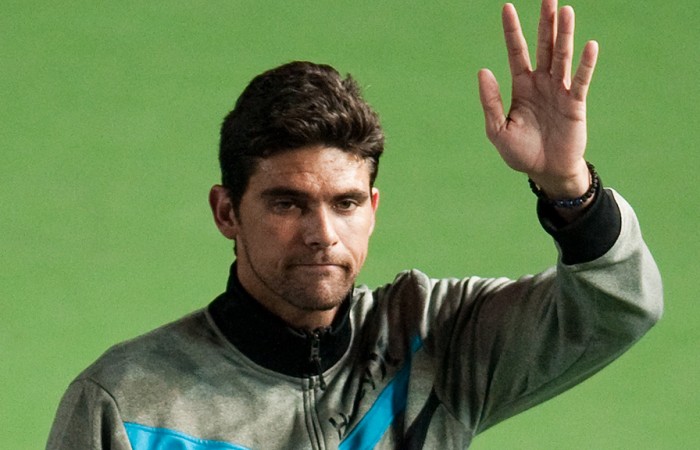 Mark Philippoussis will face either John McEnroe or Aaron Krickstein in his first ever ATP Champions Tour final after defeating Sweden’s Mikael Pernfors 6-2 6-2 in his final round robin match in Delray Beach on Sunday.

McEnroe kept his destiny in his own hands after an impressive 3-6 6-3 [10-8] win over a man 12 years his junior – fellow American Todd Martin.

After losing out to Pat Cash in his opening round robin clash, Philippoussis improved dramatically, and against Pernfors the Australian fully hit his stride.

“I am pleased to be in my first ATP Champions Tour final,” said the former Wimbledon and US Open finalist after the match.

“It’s lucky how things worked out in the round robin format. I feel I’m a bit fortunate to go through after losing on Friday. But I’m excited to play on Tuesday. I’m looking forward to having a day off and preparing to be in my best shape for Tuesday night, whoever I play.”

McEnroe had to battle against some testing conditions, including two extended rain delays, in order to overcome the 1999 US Open finalist Martin in three sets.

McEnroe will now face Krickstein in Monday’s night session match for a place in the final. Krickstein also maintained his unbeaten record with a 7-5, 6-3 win over American Jay Berger.

Elsewhere, Mats Wilander ended Cash’s hopes of reaching the final with a 6-4 6-2 victory.

Cash can still qualify for Tuesday’s third place play-off match but he must await the result of tomorrow’s match up between Wilander and Pernfors before he will know his fate.