Lleyton Hewitt's struggles against American Andy Roddick continued with a three-set loss in the quarterfinals of the ATP tour's Memphis Open. 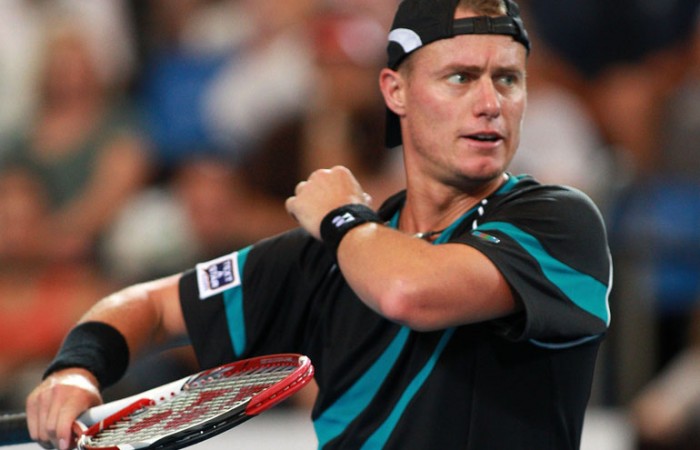 Lleyton Hewitt’s struggles against American Andy Roddick continued with a three-set loss in the quarterfinals of the ATP tour’s Memphis Open.

Roddick has now won the past six clashes between the pair, with Hewitt’s most recent triumph in their 11-year rivalry in the 2005 Indian Wells semifinals.

“I haven’t gotten off to the best starts in two out of three of my matches,” Roddick said. “I’m going to have to start playing better from the get-go.

“But a match can turn quickly, and it did tonight in the third set. The end of the second set and the third set was probably the best I’ve played in this tournament so far.”

Only Roger Federer and Rafael Nadal have more career titles than Roddick (29) and Hewitt (28) among active players, and the matchup between the two veterans lived up to expectations.

Roddick served 21 aces, but he opened the match by double-faulting twice as Hewitt broke him in the first game.

“He made quite a few unforced errors early on, though, and his serve percentage probably wasn’t as high as he would’ve liked. From them on, he served a lot better,” Hewitt said.

“I couldn’t get up in his service games and put pressure on him from there. He’s one of the better closers out there with his serve when he’s up in a game.”

In the second set, Roddick broke Hewitt in the fourth game on his fourth break point when the Aussie put a forehand into the net. Roddick then served out the set and opened the third set by breaking Hewitt again.

Hewitt fought off four match points in the ninth game of the third set before holding to make it 5-4.

Roddick finally closed out the match with an ace.

“He just keeps plugging away,” Roddick said of Hewitt.

“He definitely makes you earn it if you want to get a win.”

The victory will propel Raonic into the Top 50 in the ATP rankings, a year after he was ranked No.361.

He will next play No.4 seed Mardy Fish, who beat defending champion Sam Querrey 6-3, 6-4.

Fish reached his third semifinal in Memphis and will try to advance to the finals for the first time.