Del Potro too good for Hewitt

Juan Martin del Potro brushed aside Lleyton Hewitt at the SAP Open in California on Saturday, reaching his first semifinal since 2009. 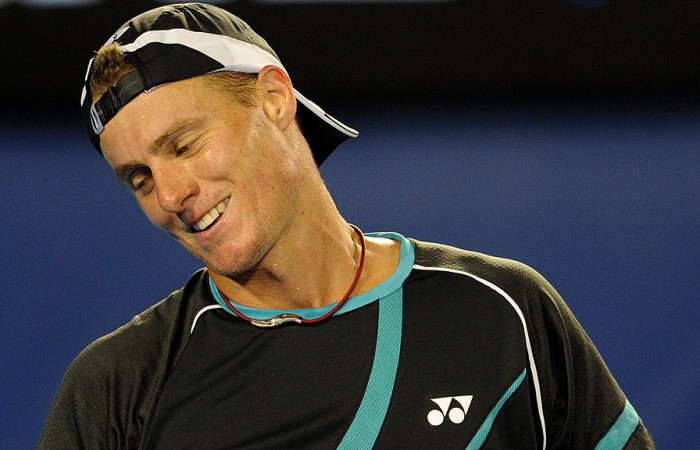 Juan Martin del Potro brushed aside Lleyton Hewitt at the SAP Open in California on Saturday, reaching his first semifinal since 2009.

Del Potro, who is battling back from a debilitating wrist injury, was too strong for the former world No.1, easing to a 6-2 6-3 win in San Jose.

“I know the way to find the solution to play good tennis.”

Del Potro is trying to regain the form that helped him win the 2009 US Open and reach No.4 in the rankings. He was sidelined by a right wrist injury last year, playing just three tournaments and failing to win a match after the Australian Open in January.

Hewitt had no answer for del Potro’s powerful first serve in the first matchup here between former slam winners at the tournament since Andre Agassi beat Michael Chang in the first round in 2003.

“I don’t think anyone doubted him. It was just a matter of how long it would take. His first couple tournaments last year he obviously was struggling a little bit when he came back. He realised what he had to do.”

The result gave del Potro his 15th straight win on US soil, including the titles at the US Open and in Washington in the summer of 2009.

Del Potro will meet the winner of the match between defending champion and top-seeded Fernando Verdasco against fifth-seeded Denis Istomin.

Fast-rising Milos Raonic will play second-seeded Gael Monfils in the other semi.

Raonic fired six aces in each set and feneded off the only break point he faced in the match.

He notched the lone break of the contest in the third game of the opening set and produced two aces in the tiebreaker to seal his spot in the final four.

“It feels good but there’s another match tomorrow,” Raonic said.

“I have to prepare for it the same way I prepared for today. At the end of the week I’ll look back and have my reflection on it.”

Monfils survived a brace of set points in the second-set tiebreaker to emerge with a victory in another match that included just one break of serve.

“He played great today,” Monfils said of Smyczek, who was playing his first ATP quarter-final.

“He was strong at the baseline and moved very fast. I was a bit surprised.”