Stosur ready for the return bout

New World No.5 Sam Stosur hasn’t lost a Fed Cup rubber since 2007, but is that 12-match winning streak about to come to an end? 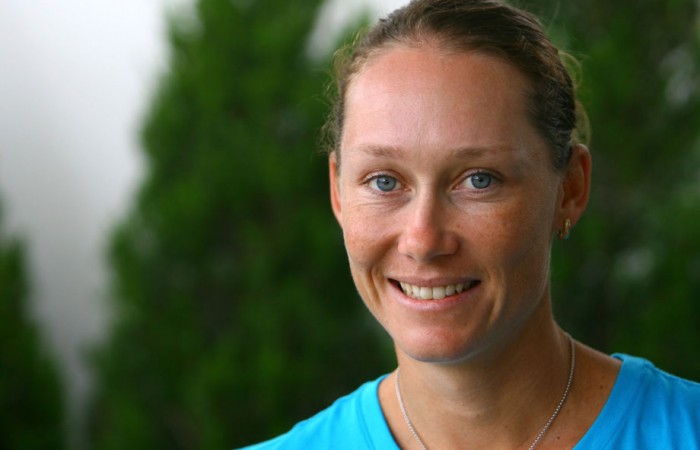 New World No.5 Sam Stosur hasn’t lost a Fed Cup rubber since 2007, but is that 12-match winning streak about to come to an end?

After six years in the Fed Cup wilderness, the Australian team fought its way back into the eight-team World Group at the end of 2010 only to draw defending champions Italy in the opening round, which will be played this weekend at Hobart’s Domain Tennis Centre – home to one of the most picturesque centre courts in the world.

The view from the stadium seats is stunning – all 2500 fans have an up close and personal view of the centre court and many can also look out to the Derwent River, which is regularly dotted with yachts.

It’s hard to imagine that in just a couple of days this serene setting will play host to a fierce battle spearheaded by two of the world’s top 5 players and last year’s French Open finalists – and both are looking forward to the challenge.

“It’s always fun to play Frank,” Stosur told tennis.com.au. “She’s quite emotional on court and really gets into it and has a good time. I think all of our matches have been pretty good, so hopefully this weekend will be no different.”

French Open champion Schiavone is under no illusions as to what kind of a match it will be.

“It will be a tough match,” said Schiavone. “We have a good ranking, good results [and] we’ve played a lot of times.”

Despite there being a lot of talk about this one rubber, there are still four others up for grabs, a point not lost on both Stosur and Schiavone.

“It would be nice if I could do well, it would obviously set the rest of them up to be ahead. I’ll do my best [but] it doesn’t necessarily mean you’re going to win all because your No.1 player wins, it is a team effort.”

“I think is not just that one, the big match [Schiavone versus Stosur], I think there are others [that will be] big match[es] and you will see. I think she is much more important this time,” said Schiavone while pointing to Italian No.2 Flavia Pennetta.

With all four of their team ranked in the top 50, and three Fed Cup championships in the past five years, including consecutive titles in 2009 and 2010, this team demands respect – and gets it.

“They’re a great team, obviously they play very well together [and] get behind each other and really have a good group,” said Stosur.

“I think they’ve proven they’re probably the strongest team in the world at the moment, so it’s a tough ask for us but I think we’ve also got a good team and we enjoy getting on the sidelines and cheering for each other and doing whatever we can.”

Some tickets remain for this weekend’s World Group first-round tie between Australia and Italy at the Domain Tennis Centre, Hobart. Tickets are available through Ticketek.