Samantha Stosur (No.6), Jarmila Groth (No.34), Anastasia Rodionova (No.67) and Rennae Stubbs (No.9 in doubles) will represent Australia at the Fed Cup by BNP Paribas World Group tie against Italy on Saturday 5 and Sunday 6 February 2011. 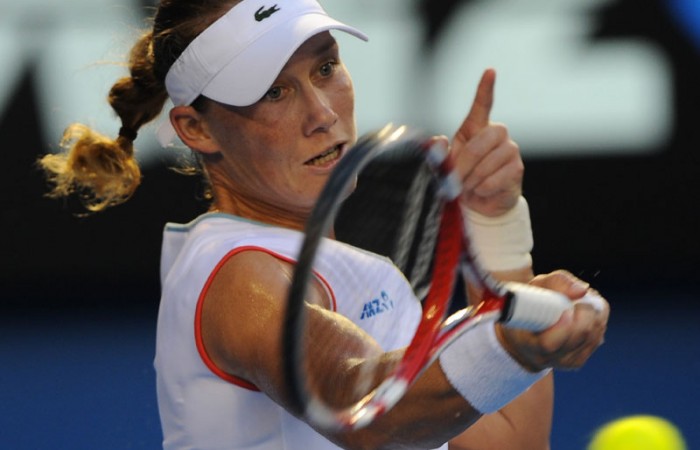 Samantha Stosur (No.6), Jarmila Groth (No.34), Anastasia Rodionova (No.67) and Rennae Stubbs (No.9 in doubles) will represent Australia at the Fed Cup by BNP Paribas World Group tie against Italy on Saturday 5 and Sunday 6 February 2011.

“Normally the team picks itself but this year we waited until now because Alicia (Molik) and Jelena (Dokic) were still in the draw,” Taylor said.

“If they had gone further Nicole (Bradtke, the Fed Cup Coach) and I would have taken this into consideration but we ended up basing the decision on year-round performance.

“Sam, Jarmila and Anastasia have had the stronger singles results, as shown by their rankings, and Rennae is still top ten in doubles.

“Groth has come so far this year and she can win big matches. Sam is playing very well at the moment and Anastasia and Rennae are proven Fed Cup performers.

“Australia is playing the best team in Fed Cup for the last half decade, the most outstanding team.  I mean three finals in five years and winners for the last two years, I think it is going to be a very difficult tie.

“The Italians are a great team of champions. They are solid and they always play and I think that is why they are great.

“Fed Cup is huge in Italy and it would be great to get that level of enthusiasm in this country.

“It is significant to be in the top eight.  We deserve it and are now looking forward to the challenge.”

The tie in Hobart will be the first opportunity for Groth to represent her country in Fed Cup. She will be returning to the venue where she recently won her second WTA title, the Moorilla Hobart International.

Alicia Molik will also be joining the team at the Domain Tennis Centre where she will be playing a support role.

“Alicia will use her time in Hobart as a training week and will assist the team as a hitting partner,” David Taylor said today.

“This shows what Fed Cup is all about. Although not named as part of the team Alicia said she would like to be involved and support the other girls. It also demonstrates the team spirit within women’s tennis in Australia at the moment.”

This is the Australian Fed Cup team’s first World Group tie since 2004.

Australia’s No.1 player, Samantha Stosur, and French Open champion Francesca Schiavone are likely to meet in the tie which would be a replay of the 2010 French Open final.

Tickets are available through Ticketek, www.ticketek.com.au or call 132 849, with two day series adult tickets priced at $62.90 and concession and children’s tickets at $54.90.