Stosur storms through first round 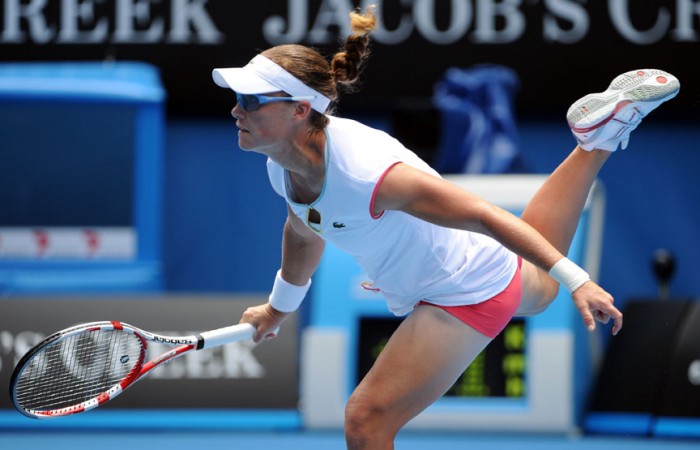 In an awesome display, Stosur crushed Davis 6-1 6-1 in 53 minutes at Melbourne Park on Wednesday.

It was the most lopsided victory of Stosur’s nine-year Grand Slam career.

Australia’s fifth seed belted 20 clean winners and dropped only five points on serve all match in setting up a second round clash on Thursday with either Russian Vera Dushevina or Italian Maria Elena Camerin.

“Very pleased to come out here and play like that in my first match,” Stosur said as she set her sights on breaking Australia’s 33-year home major title drought.

“It takes a lot to win a Grand Slam. Everything has to fall into place for two weeks.

“So it’s going to be tough, but I’m going to give it my best shot.”

Davis, at 17 the youngest player in the draw, had been boasting pre-match about taking Stosur down after going unbeaten in four months at junior and second-tier level.

But the world No.443 was out her league against the French Open runner-up.

Stosur raced through the opening set in 25 minutes, wrapping it up with a huge ace down the middle.

The Queenslander broke Davis for a third and fourth time to charge to a 3-0 in the second set and snuff out any hopes of a comeback from the American wildcard playoff winner.

Australia’s big hope eventually finished Davis off with a powerful off-forehand winner to the delight of expectant fans at Rod Laver Arena.