A record of more than 260 tennis coaches from right around Australia and some parts of the world descended upon Melbourne Park from January 13-15 for the 2011 Australian Grand Slam Coaches’ Conference. 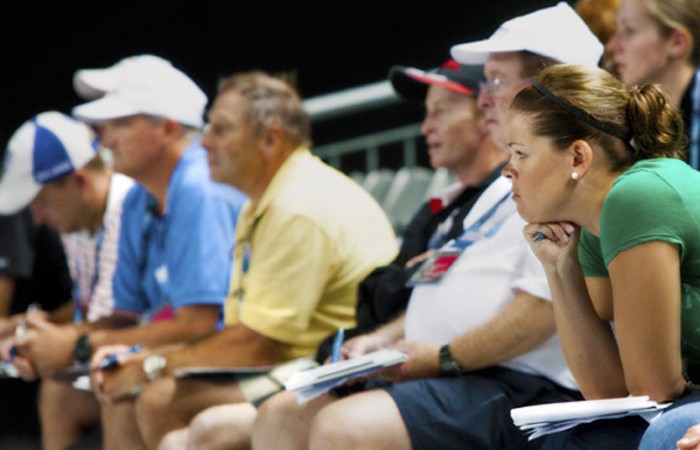 A record of more than 260 tennis coaches from right around Australia and some parts of the world descended upon Melbourne Park from January 13-15 for the 2011 Australian Grand Slam Coaches’ Conference.

“This was the fourth year we’ve run the Australian Grand Slam Coaches conference, and it was a record breaking year because we’ve got over 260 people participating in the event,” said Travis Atkinson,  Manager – Coach Development for Tennis Australia.

The three-day program had a talented line-up of speakers including Roger Federer’s Coach Paul Annacone and the former fitness trainer of Andre Agassi, Gil Reyes.

“Paul Annacone has an amazingly distinguished career as a college player, pro player, and also as a tennis coach,” Atkinson said.

“Our role in Coach Development is to develop the best coaches for everyone at all levels, and in particular Paul has done an amazing job of developing the players at the highest level, so we were very excited to have him as part of our conference.”

Even though Annacone is a leader in the coaching world, he is still very humble.

“Every time I wake up I kind of have to pinch myself a little bit, I’ve been pretty fortunate in my career, because I’ve had the best jobs you can have in terms of coaching at the top level, being around Pete [Sampras] for eight years, Tim Henman for four, and now lucky enough to be working with Roger [Federer],” Annacone said.

“Obviously I booked in to do the conference and was quite happy with the speakers, but to get Gil Reye’s as well, it’s just a real added bonus,” Matthew said.

Reyes covered a variety of topics during his one hour presentation, including his relationship with Andre Agassi, the importance of good nutrition and strength development, and his vision for tennis.