Fund-raising has ramped up for tomorrow’s Rally for Relief charity match, with a Queensland energy company pledging to match dollar for dollar donations made to help victims of the Queensland floods. 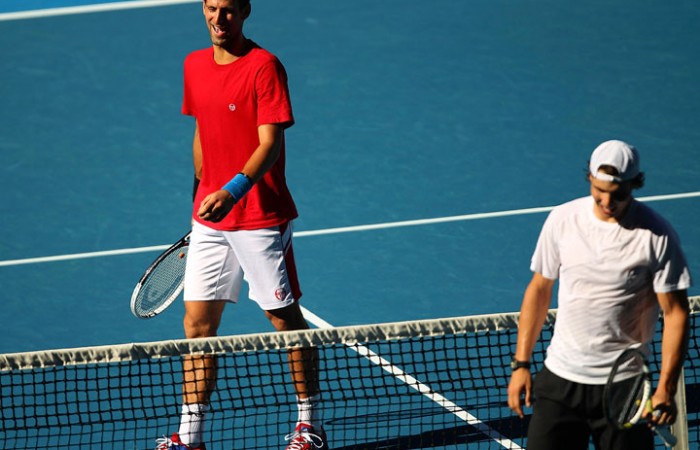 Fund-raising has ramped up for tomorrow’s Rally for Relief charity match, with a Queensland energy company pledging to match dollar for dollar donations made to help victims of the Queensland floods.

Queensland Energy Resources made the commitment in a gesture that could  boost fund-raising to several million dollars.

Rally for Relief is being held on the eve of the Australian Open and will feature some of the superstars of tennis including Roger Federer, Rafael Nadal, Kim Clijsters, Justine Henin, Andy Murray, Lleyton Hewitt and Sam Stosur.

“This is a tragedy of major proportions and we cannot stand by idly and watch Australians suffer,” QER CEO Pearce Bowman said today. “The damage from these floods is severe and thousands have been affected.

“As an Australian corporate citizen, we at QER feel it is our responsibility to make a significant contribution to the relief effort.

“We shouldn’t underestimate the enormous damage from this natural disaster and the massive effort required over many months and possibly years that it will take to bring some level of normality to so many of the victims’ lives.

“We shouldn’t also underestimate just how much money this is going to take.”

QER will match all the proceeds from the Rally for Relief ticket sales, corporate donations, cash donations at the event and even donations made to websites.

“I think this shows how serious we are about the recovery effort,” Mr Bowman said.

Rally for Relief will be live streamed on australianopen.com  at 2 pm AEST and broadcast on the Seven Network.

Centre court tickets have sold out but tickets are available for $10 to Garden Square, with the action shown on the Giant Screen.