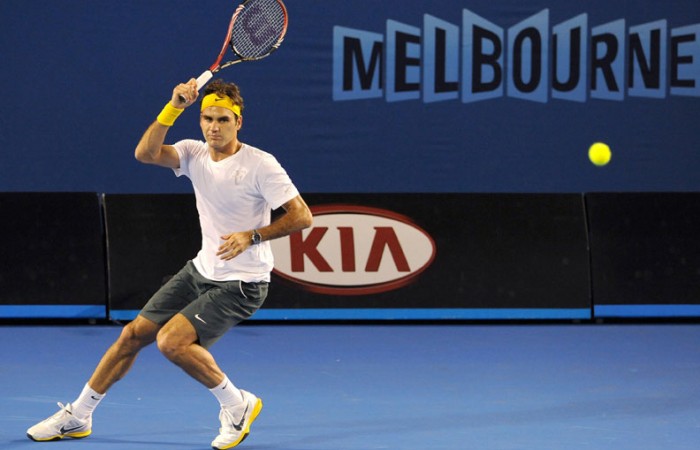 The holder of 16 grand slam titles regards Australian legend Laver – who twice won all four grand slam events in a single year – as an idol.

The Swiss great famously broke down in tears when Laver presented him with the trophy for winning the 2006 Open.

His connection with the “Rockhampton Rocket” added a personal touch to Federer’s sense of sympathy, when he learnt of Queensland’s devastating floods.

“I was in Qatar and was seeing the news. When I saw it hit the city of Rockhampton, I right away thought of Rod Laver,” Federer said on Saturday.

He called 72-year-old Laver, who now lives in California.

“I tried to reach out to him and see if he wanted to do anything, if he needed my help.

“He was obviously very excited, but said he probably can’t come down to Australia this year, which is unfortunate, but was very happy if I do something.

“I didn’t really know then how big the devastation was going to be.

“Once I came down to Australia, I spoke to him. I told him, ‘Look, I’m really trying to get something going like we had here going last year (in response to the Haiti earthquakes)’.

“But this time we have more than 24 hours notice, so I think we’ll be able to generate more money, especially in a country where we’re playing right at the moment. I think it’s very appropriate and a must for us to do something as a tennis family really.”

Federer, along with other tennis stars, including Rafael Nadal, Novak Djokovic, Lleyton Hewitt, Kim Clijsters, Sam Stosur and Pat Rafter will take to the court as part of Sunday’s fundraising event at Rod Laver Arena.