Jones powers to third round

Australian Greg Jones has progressed to the third round of qualifying after a tight three-set victory over 25th seed Ilija Bozoljac on Show Court 3 today. 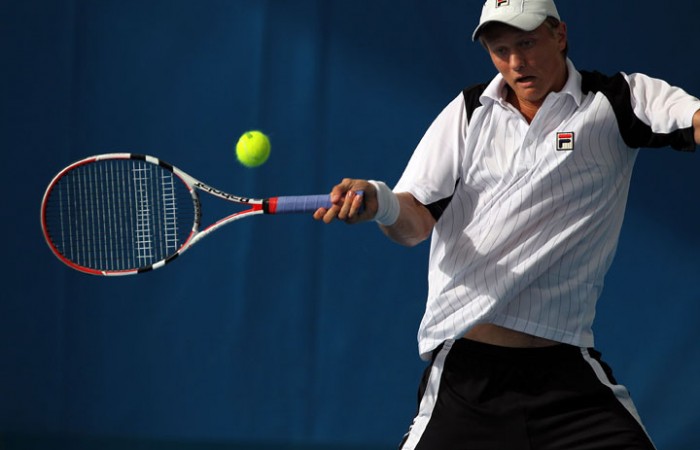 Australian Greg Jones has progressed to the third round of qualifying after a tight three-set victory over 25th seed Ilija Bozoljac on Show Court 3 today.

The 7-6(5) 6-7(9-7) 10-8 scoreline reflected the closeness of the contest, both men dominating their service games with their powerful serves.

21-year-old Jones had a match point in the second set tiebreak, however successive errors let the tall Serb serve it out and force the match into a deciding set.

Bozoljac, ranked No.152 in the world, a clear 100 spots ahead of Jones, broke the Aussie late in the third set and was serving for the match. Jones dug deep to break back and eventually made the

most of his second match point when 9-8 up in the final set.

Tellingly, Jones won 91% of points on his first serve, an indication of his dominance on serve.

Jones will need his serve to fire again tomorrow as he will have to defeat the top seed Blaz Kavcic in order to secure his place in the Australian Open main draw.

Kavcic has already taken out one Australian in the qualifying rounds, requiring three sets to overcome talented up-and-comer Ben Mitchell.

Isabella Holland and Sophie Letcher are the next Aussies to take to the court in the second round of women’s qualifying.