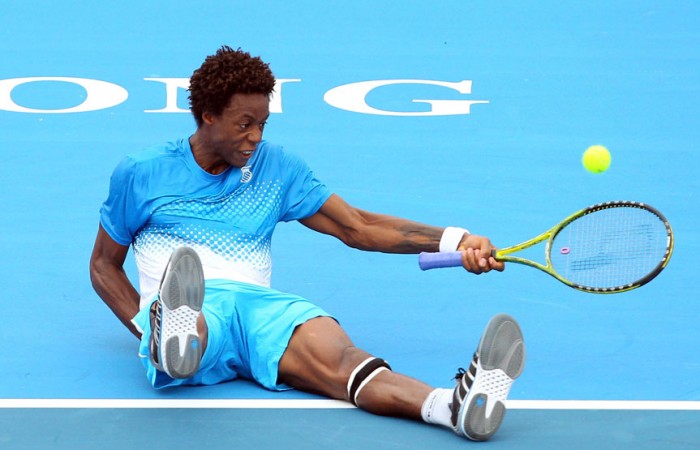 Tennis legends John McEnroe and Ivan Lendl say Hewitt will not make it back into the top 10 but Monfils, the world No.12, says the Australian remains capable of a third major.

Hewitt, 29 and ranked No.54, beat the world’s 10th ranked player, Russian Mikhail Youzhny, 7-5 4-6 6-4 in his first appearance in the Kooyong Classic on Wednesday.

Monfils tuned up for the Australian Open starting on Monday with a three-hour 4-6 7-6 (7-5) 6-4 victory over defending Classic champion Fernando Verdasco of Spain.

He then said he was convinced Hewitt could add to his Wimbledon and US Open titles.

“I think mentally Lleyton is very strong and what I heard and what I read he’s fresh because he had a long part off and he had 10 weeks of good training,” Monfils said.

“And I think as we know Lleyton is like a winner inside and is a big champion and he showed last year that he could win against (Roger) Federer.

“And this year I think he decided to play only the majors so yeah, I think he can win a major again.”

Hewitt, meanwhile, declared his Open campaign well on track after a solid workout at Kooyong.

“It’s a quality field here and none of the matches are going to be easy,” Hewitt said.

“Mikhail had a great finish to last year, making the semis of the US Open and winning in Kuala Lumpur.

“He’s a quality player and we’ve had some really tough battles in the past so it’s nice to win the first one.

“He’s dangerous at all four majors – he could make a run at any one of them.”

Hewitt declared his preparation with the Hopman Cup in Perth and today’s match as “so far so good”.

“I’ve played four quality players and hit the ball pretty well and feel like I’ve got better,” he said.

“Obviously today was totally different conditions to Perth but that’s good for me going into Melbourne.

“You’ve got to play in these kind of conditions where it’s heavier there and it’s hard to hit the ball away sometimes and playing outdoors.

“And it’s blustery, especially that first set and a bit before the rain delay, so you could get anything at Melbourne Park.”

Hewitt was out for a lengthy period with a hip injury last year and remains wary of injury, saying he was unsure of his overall fitness.

“It’s hard to say, you don’t know what’s around the corner,” he said.

“I was feeling pretty good coming into the Hopman Cup last year and all of a sudden in practice I hurt my other hip.

“I can only do the preparation I’m able to do and I feel like I’ve prepared as well as possible.”