Rafael Nadal's bid to win a fourth consecutive grand slam at the Australian Open is back on track with the world No.1 set to commence training in Melbourne on Tuesday after recovering from illness. 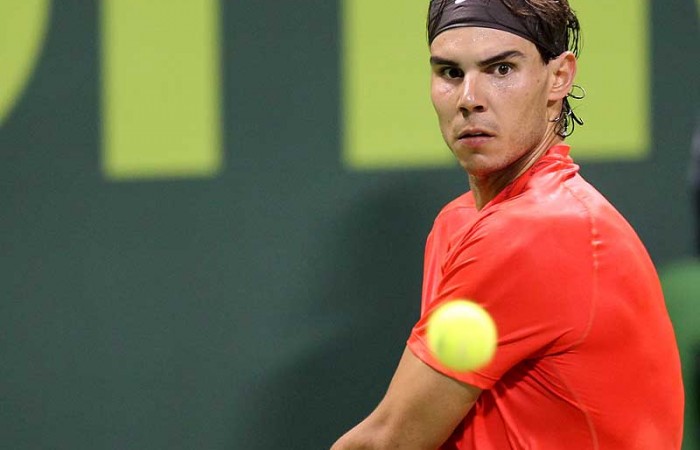 Rafael Nadal’s bid to win a fourth consecutive grand slam at the Australian Open is back on track with the world No.1 set to commence training in Melbourne on Tuesday after recovering from illness.

The Spaniard has spent the past two days resting in Doha after being struck down by a bout of the flu, which contributed to his shock defeat to Nikolay Davydenko in the semifinals of the Qatar Open.

There were fears the illness could derail Nadal’s campaign for a “Rafa Slam” as he bids to hold all four Grand Slam titles for the first time by deposing reigning champion Roger Federer in Melbourne.

But a recovered Nadal boarded a flight bound for Melbourne in Qatar on Sunday night and will arrive in Australia on Monday night a week out from the start of the event.

“He will be fit to play and is already resuming practice on Tuesday,” Nadal’s representative Benito Perez-Barbadilloa told AAP.

Nadal felt so unwell during a 6-3 6-2 loss to Davydenko that he contemplated retiring halfway through their semifinal.

He fought on but decided to push back his trip to Australia in order to aid his recovery.

“Going by plane sometimes makes you worse and at the same time I don’t have anything to do right now in Australia,” Nadal said.

“With my condition right now I think the more reasonable thing to do is rest a few days and have less risk of injuries, less risk of everything.”

Federer went on to win his third Qatar title, beating Davydenko in the final and declaring he was in “almost flawless” form in an ominous warning ahead of the Australian Open.

The result saw Federer firm into favouritism to lift the trophy in Melbourne but many still see Nadal as the man to beat.