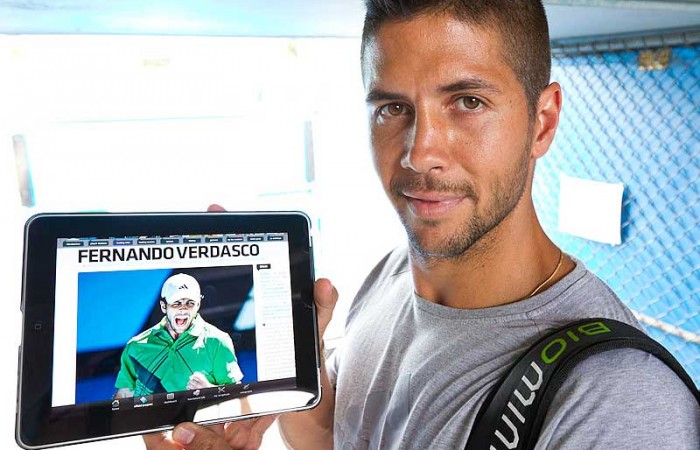 Produced in partnership with Tennis Australia and its technology partner IBM, the Australian Open Program iPad app also contains an exciting digital autograph feature which enables fans to capture their favourite players’ signatures and save to a digital scrapbook.

The autographs can be saved within the app and also emailed to friends for bragging rights.

“We’re very excited to be launching this new app for iPads,” said Tennis Australia chief executive Steve Wood.
“It contains a lot of top class editorial content alongside the latest digital stream of live data from the tournament.”

The iPad app hit iTunes stores on Friday and jumped to No.3 in the sports section without any promotion.

Selling for $4.99, the application allows fans real-time access to match, tournament and venue information, as well as an electronic version of the Official Australian Open Program.

The program contains profiles on major Australian Open contenders, feature stories from world class journalists and a wealth of tournament facts and figures.

“Tennis Australia and IBM built a solution that combined the power of social media with the wealth of content produced throughout the tournament to provide a richer, multi-layered tournament experience to tennis fans around the world,” said Tennis Australia CEO Steve Wood.

Go to the iTunes store to get the Official Australian Open iPad application.