Samantha Stosur has drawn in-form Belgian Yanina Wickmayer in the opening round of the Sydney International starting on Sunday. 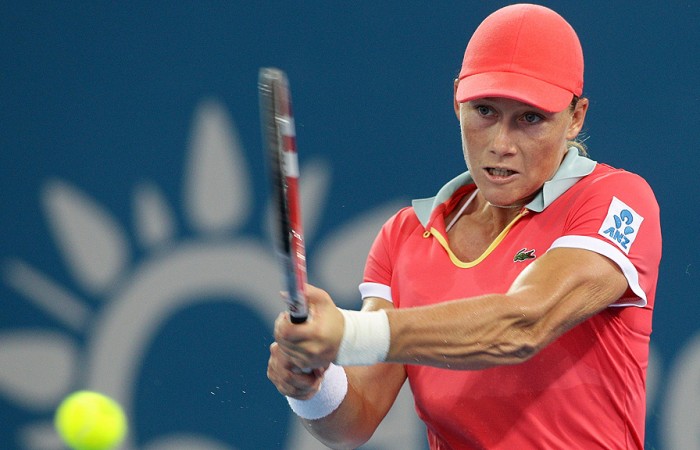 Samantha Stosur has drawn in-form Belgian Yanina Wickmayer in the opening round of the Sydney International starting on Sunday.

Wickmayer, a 2009 US Open semi-finalist, reached the championship match at this week’s Auckland Classic and will provide Australia’s world No.6 with a stern test in the vital Australian Open warm-up event.

Victory over Wickmayer could propel fourth-seeded Stosur into a second-round showdown with fellow Australian Jelena Dokic, who is appearing in Sydney for first time since contesting the bronze medal playoff at the 2000 Sydney Olympics.

Dokic, though, will need to pull off an early upset to keep her potential date with Stosur after striking dual grand slam champion Svetlana Kuznetsova in the opening round.

“It’s going to be a tough match, but it could have been worse. The cut-off is always unbelievable here,” Dokic said.

Indeed with seven of the world’s top 10 stars featuring in the event, only players inside the top 29 gained direct entry into the 30-woman draw.

World No.1 Caroline Wozniacki and the second-ranked Vera Zvonareva have first-round byes, but there are no guarantees for anyone else.

Australian Open favourite Kim Clijsters, fresh off her victory over Wozniacki in the 2010 season-ending championships in Doha, opens against Romanian Alexandra Dulgheru.