Defending champion Andy Roddick made it eight from eight by easily winning the battle of the drawcards on Thursday night to set up a semi-final of the big-servers at the Brisbane International. 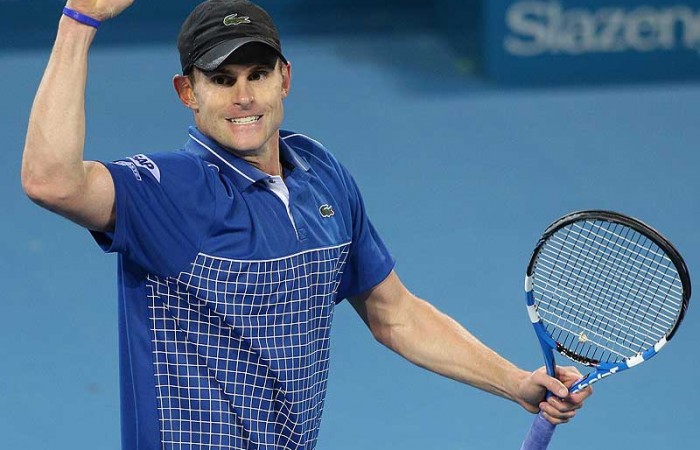 Defending champion Andy Roddick made it eight from eight by easily winning the battle of the drawcards on Thursday night to set up a semi-final of the big-servers at the Brisbane International.

Roddick made light work of popular Cypriot Marcos Baghdatis, cruising to a 6-2 6-3 triumph in 74 minutes on Pat Rafter Arena.

After winning the title in his maiden appearance last year, the world No.8’s romp into the last four against the towering Kevin Anderson has given him eight consecutive victories in Brisbane.

The ruthless manner of his victory over Baghdatis, last year’s Sydney International champion, once again showed Roddick’s benefit of a heavy pre-season training schedule to be on track for this month’s Australian Open.

Big-serving Anderson, standing at 203cm, is the obstacle the second seed must pass to make the final after he came from behind to beat Columbian Santiago Giraldo 2-6 6-3 6-4 in his quarter-final.

The South African has a remarkable total of 45 aces from his three matches, blasting 12 against Giraldo.

But Roddick has lost just 15 games in total to make it to the semi-final, at the same time firing down a collective 27 aces.

After dropping his opening service game, world No.20 Baghdatis looked like he’d be up for the challenge, breaking back to love on the famed Roddick serve as he went on a run of eight points in a row.

But the Cypriot’s high unforced error count cost him, as he managed to hold his serve only once in the opening set.

Baghdatis continued to go for his big shots in the second set and matched the second seed until the eight game when Roddick broke to love and the clinically killed off the fifth seed.

Roddick was proud of his performance and said he was well pleased with the overall start to his Australian campaign, in preparation for the Open.

But he was reluctant to talk himself up for a 30th career title after being asked by a television reporter whether “The A-Rod” was building momentum.

“To put “The” in front of your name you have to be the lead guitarist for U2, so I’m not going to draw any parallels there and I pale into comparison,” he quipped.

“But I feel good after three matches.

“I felt good about pretty much everything tonight.”

But the Texan predicted his good form would count for little against world No.61 Anderson, who boasts one of the biggest serves on tour and is tough to break.

“It’s going to be a different match, it’s a little bit of a craps shoot,” he said. “I feel like it’s less about form.

“With a serve like that you’re not going to see a lot of balls you could go games without seeing it, so it’s hard to get into a rhythm.

“It’s going to be a matter of opportunity.”