Rafael Nadal overcame Ernests Gulbis and his continuing bout of fever with a courageous albeit uninspired performance to reach the semi-finals of the Qatar Open on Thursday. 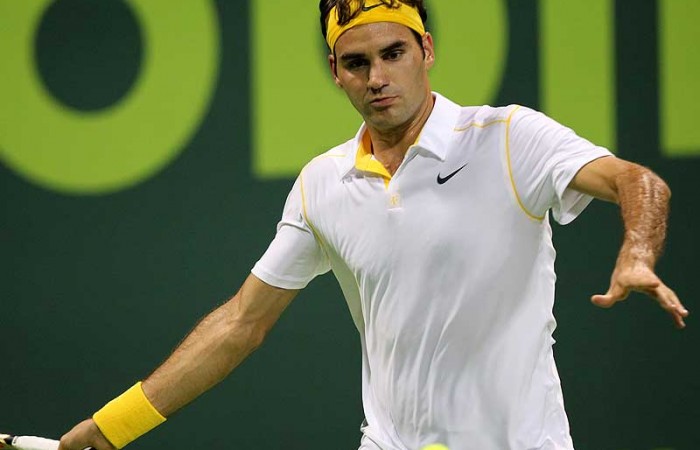 Rafael Nadal overcame Ernests Gulbis and his continuing bout of fever with a courageous albeit uninspired performance to reach the semi-finals of the Qatar Open on Thursday.

Nadal’s 7-6 (7-3) 6-3 win over Gulbis, a gifted but unpredictable Latvian ranked just outside the top 20, means that he is within one win of another episode of his great rivalry with Roger Federer.

But the holder of three of the four grand slam titles could not capitalise on a good start, lacked his usual overwhelming physicality, and often left the ball in short, attackable positions for a hard-hitting opponent.

Indeed after relinquishing a 3-1 lead in the first set there seemed to be doubts about whether Nadal, who has been on antibiotics, would last if it developed into a long tough tussle.

Nadal called for the doctor, apparently feeling unwell. He was told to drink more and that if he didn’t feel better soon he might then think about whether or not he wanted to continue.

That caused Nadal to call out rather alarmingly “water, water, water!!!”

But although his performance remained below par, he always seemed the likely winner after surviving the tie-breaker.

“I just did the best I could today,” said Nadal.

“I started well, and I pushed him to make many mistakes. I will be more ready for my next match.”

Federer was not at his best either, but reached his eighth successive semi-final since losing his Wimbledon title six months ago by outplaying Viktor Troicki 6-2 6-2.

Federer passed up seven break points before breaking through for 4-2 in the second set, but there were still some signs of the improved form he has enjoyed since his association with coach Paul Annacone.

There was also a surreal phase, late in the first set, when Federer’s acceleration into a 5-2 lead coincided with a burst of noisy and colourful fireworks, as if they had been planned as an accompaniment to his explosive arts.

“I thought it was a very concentrated performance,” said Federer. “I really thought I saw the ball a bit better.

“I really had many, many chances throughout the match, and obviously eventually I was able to break through and make it difficult for him.”

Federer now has a semi-final against Jo-Wilfried Tsonga, who is seeking his first title in 15 months after a long spell with knee problems, and who progressed with a 7-6 (7-4) 7-6 (11-9) win over Guillermo Garcia-Lopez, the seventh-seeded Spaniard.

“It’s nice to see him back, you know,” Federer said of the charismatic Frenchman.

“Injury is not a fun thing to go through, and he’s had a fair share of them.

“It’s exciting playing him again. I think he’s a very explosive player with good character, and good for the game.”