Cypriot Marcos Baghdatis will get an early indication of his form leading into the Australian Open when he meets second seed Andy Roddick in the quarter final of the Brisbane International on Thursday night. 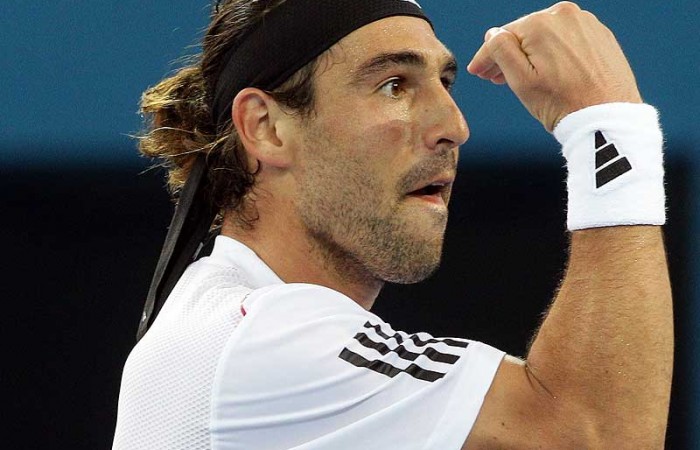 Cypriot Marcos Baghdatis will get an early indication of his form leading into the Australian Open when he meets second seed Andy Roddick in the quarter final of the Brisbane International on Thursday night.

Baghdatis booked a date with Roddick after crushing Poland’s Lukasz Kubot 6-2 6-2 in just over an hour on Pat Rafter Arena on Wednesday night.

Although it was the opening match of the night session, it was far from a contest and one that never fully tested Baghdatis.

Baghdatis raced to 4-0 lead in the opening set after twice breaking Kubot’s serve.

The Pole showed some fight in winning the next two games but then retreated.

The second set was a similar story with Baghdatis breaking serve immediately and then keeping his embattled rival at bay for an easy victory.

The win catapults the 25-year-old into yet another quarterfinal and he has continued on from his solid 2010 season.

He made the quarterfinal or better in 11 tournaments last year and was the only player to beat Rafael Nadal and Roger Federer while they were No.1 during the season.

Baghdatis said getting the opportunity to play highly ranked players in Australian Open lead-up tournaments was the perfect preparation for the year’s opening Grand Slam event.

“It’s a test match before the Australian Open and it will be a great match.

“It’s nice to get out there and see my negative things, positive things all the things I need to work on.

“It’s a good test tomorrow because it’s Andy Roddick and he’s going to push me to the limits.”

Roddick won through to the quarterfinal earlier on Wednesday when he defeated Alexandr Dolgopolov 6-4 6-1 in his second straight sets win for the tournament.

Baghdatis needed three sets to win his first round match although he was more in control against the 70th ranked Kubot.

“I was very aggressive from the beginning of the game…I played some great points.”