Luczak, Verdasco bundled out of Brisbane

Joy was short-lived for Australia's Peter Luczak after he was bounced out of the Brisbane International just hours after receiving a last-minute entry. 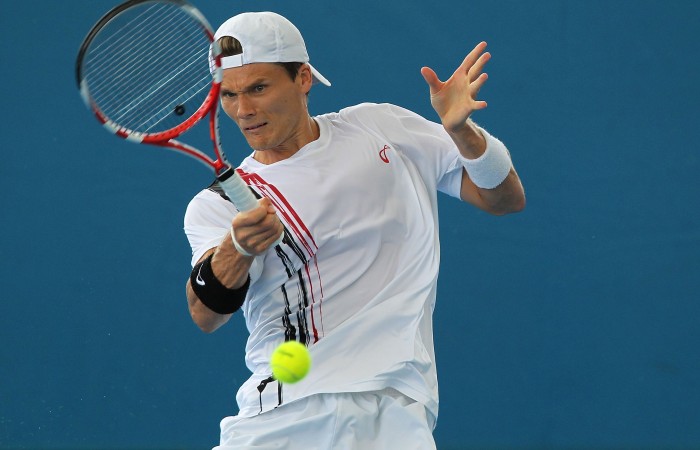 Joy was short-lived for Australia’s Peter Luczak after he was bounced out of the Brisbane International just hours after receiving a last-minute entry.

The Davis Cup player was counting his blessings after slotting into the main draw as a lucky loser following the withdrawal of Spain’s Marcel Granollers on Tuesday.

World No.42 Granollers pulled out just before his first-round clash with South African Kevin Anderson with an ankle injury.

But Luczak’s mood quickly changed as he was bundled out 6-4 6-4 in 71 minutes by world No.61 Anderson – a player ranked 76 places higher than the Australian.

Luczak, 31, followed third seed Fernando Verdasco out of the tournament after the world No.9 was upset 6-1 7-6 6-3 by German Ben Becker.

Luczak looked to have turned around his luck after being gifted a second Brisbane International appearance.

The journeyman, who had taken his world ranking to a career-high No.64 in 2009, had also recently received an Australian Open wildcard.

But the veteran had no answer for Anderson who blasted 18 aces to Luczak’s four at the Queensland Tennis Centre.

Luczak received a call-up as a lucky loser after a gut-wrenching loss in the final round of qualifying on Monday.

In his only other Brisbane International appearance, Luczak was knocked out in the first round last year by eventual champion Andy Roddick 7-6 6-2.

Becker – no relation to six-time grand slam winner Boris – raced through the first set in 30 minutes.

A stunned Verdasco only held his serve in the sixth game.

Verdasco, 27, looked back on track when he recovered from a break in the ninth game to force a tiebreak, winning it 7-2.

But the Spaniard – who made the 2009 final in his only other Brisbane International appearance – dropped his opening service game of the third and never recovered.

For more updates from Brisbane go to: www.brisbaneinternational.com.au