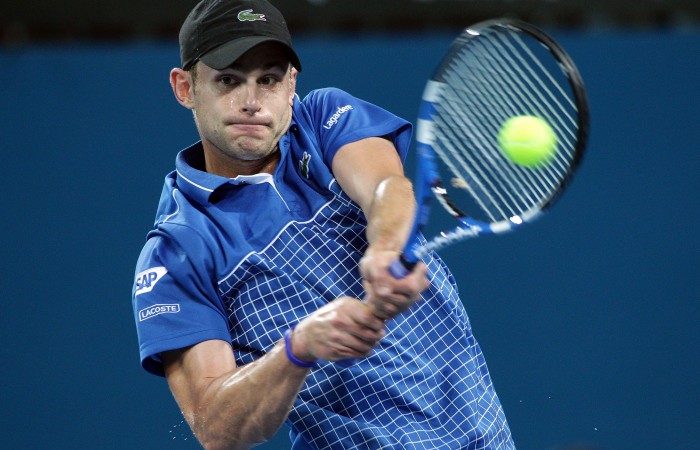 Croatian-born Matosevic, who won the Australian Open wildcard playoff last month, wasn’t disgraced, putting the heat on the world No.8 in the first half of the first set.

The 25-year-old Melbourne baseliner, who has built his ranking up to 138th in the world through challenger tournaments, showed good composure and produced strong groundstrokes but wilted as he attempted to push Roddick in the second set.

The defending champion broke Matosevic’s serve in the sixth game and called on his signature big serve to save a break back point in the next game.

After closing out the first set, Roddick raced to 5-0 in the second set but, to his under pressure rival’s credit, was broken to the delight of the local fans.

Davis Cup coach Todd Woodbridge, watching from Matosevic’s corner, would have been impressed with his point construction and temperament in the first set but his big first serve (46 per cent) was no where near as reliable as that of Roddick (62 per cent).

Roddick denied he felt under any extra pressure to defend the title he won over Czech Radek Stepanek last year.

“More so the pressure is always to use this tournament to get me ready for Melbourne, it worked last year so I’m going to do it again this year,” he said.