Tennis icons Rafael Nadal and Roger Federer will contest the final of the Mubadala exhibition tournament in Abu Dhabi as the prepare for the Australian Open. 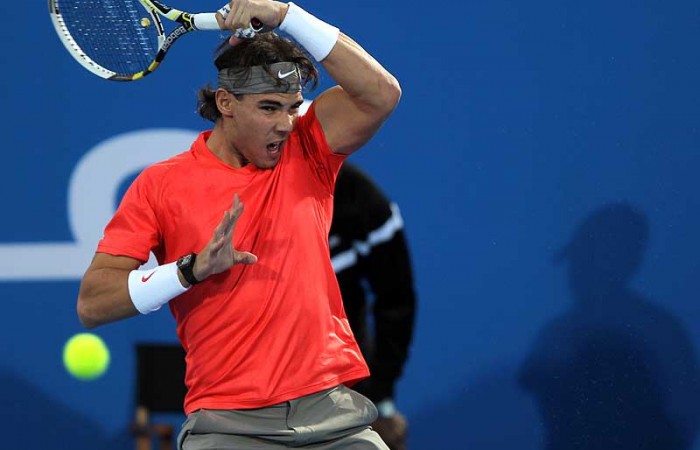 Tennis icons Rafael Nadal and Roger Federer will contest the final of the Mubadala exhibition tournament in Abu Dhabi as the prepare for the Australian Open.

World number two Federer conceded the opening set on the tiebreak but the 16-time grand slam winner then knuckled down and completed a 6-7 (3-7) 6-3 6-3 victory, sending down 16 aces – the final one winning him the encounter against last year’s finalist here.

The Swiss star, who lost to Soderling at the event 12 months ago, will now meet Spanish world number one Nadal after he outlasted Berdych at the Zayed Sports City’s International Tennis Complex.

“It’s always good to win,” said Federer, who lost his first match in both previous editions of the tournament. “I thought I played a good match. I never got broken today. I came back and got through a tough second set and third set I felt I was playing better.”

Nadal had to fight to assert his authority in a tightly-contested opener but seemed to have the match in his pocket after a break to love for a 2-1 second set lead.

A rebreak gave him a 4-1 advantage but the nine-times Grand Slam champion then conceded serve to love and Berdych promptly held to close the gap to a single game.

But Nadal promptly dug deep and served out for victory when his rival netted.

“It was a very good match as the first of the year and against a very good opponent like Tomas,” Nadal said. “For me, it is an important comeback to Abu Dhabi which is the perfect place to start the season for the players.”