Refreshed American Andy Roddick has declared himself in his best shape for seven months as he attempts to defend his Brisbane International title next week. 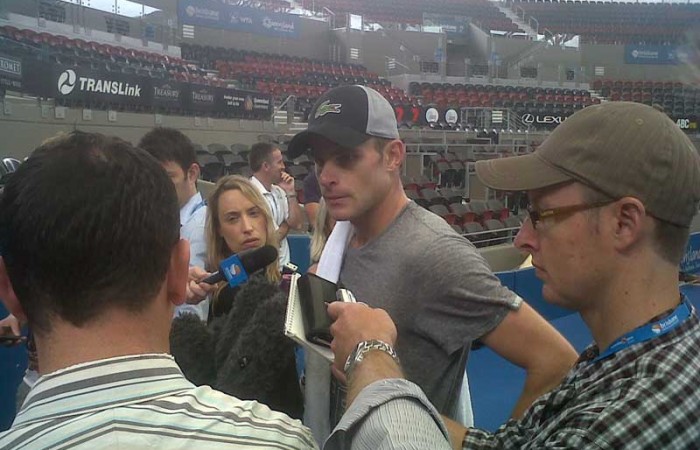 Refreshed American Andy Roddick has declared himself in his best shape for seven months as he attempts to defend his Brisbane International title next week.

The world No.8 had his first hit at Pat Rafter Arena on Wednesday and said he was excited about starting 2011 in far better condition than he finished last season.

Roddick battled illness from May which drained him of the form that saw him win two ATP titles in the first part of 2010.

The Texan failed to reach the quarter-finals at the French Open, Wimbledon and US Open, but a break followed by a strong pre-season has him confident of returning to his best.

Roddick has fond memories of Brisbane, where he beat Czech Radek Stepanek in this year’s final, and felt the tournament remained his best preparation for next month’s Australian Open at Melbourne Park.

“I came in last year and hadn’t been playing much and this (Brisbane International) was a really good springboard into the year for me and I enjoyed my time so I’m happy to be back,” he said.

“I definitely didn’t feel well prepared for the last part of last year and that showed.

“But I feel like I’ve had a pretty good off season and I’m excited to start this season fresh.”

Roddick is one of three top-10 players in the Brisbane draw, with Swedish top seed Robin Soderling and Spaniard Fernando Verdasco also appearing.

For more news from Brisbane go to: www.brisbaneinternational.com.au